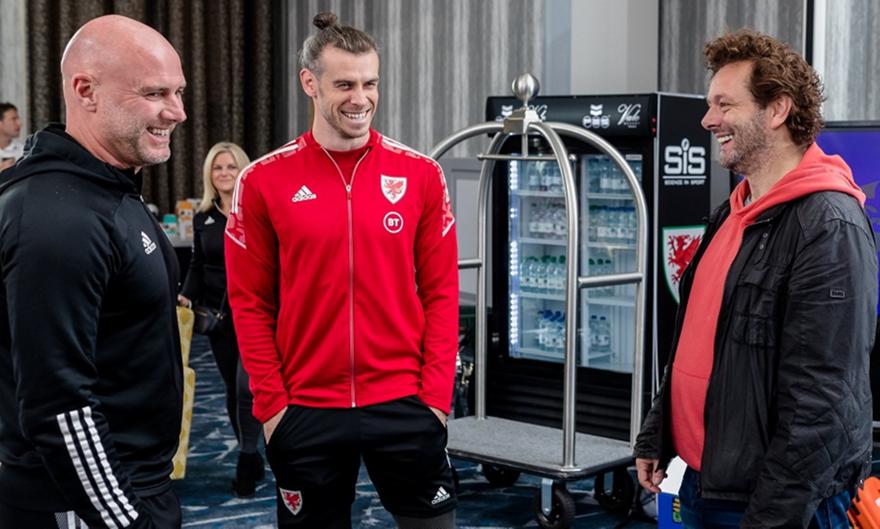 A sensational performance was given in front of the players and the technical team of the national team of Wales Michael Sheen.

The Welsh actor, who has been linked among others with the role of Bain Clough in the film “The Damned United” gave an impassioned speech about Wales’ return to the World Cup after a 64-year wait during a visit to the team’s training facility.

This is a speech he presented for the first time on a British television show and was inspired by the song Yma o Hyd, which sing the Welsh fans before the games. Also includes references to Gary Speed ​​and Rob Page.

The team gave him a shirt with his name on it and he said with a laugh: “I can still come with you, I’m available“, while he had a hot four-four with him Gareth Bale.

In detail, his speech:

“We are still here. I hear the voices sing, speed your journey, children. A nation singing with one voice. A song of hope, a song of challenge, a song of victory that sweeps through the valleys like red mist and rolls over the mountaintops like crimson thunder.

A storm, a red storm arrives at the gates of Qatar. It shines with the spirit of 58′ and Jimmy Murphy’s men.

He flips through the history books and finds Rob’s page waiting to be written. Still waiting to be written. What will you write there, boys? Do you dare to write your names? 64 years and far from home. Far from the land of our fathers. When you stand here, when you listen to the song, next to your friends in this room. Teammates, friends, brothers, princes, all, chosen by the Divine.

When you stand there side by side and the sacred song begins, close your eyes and feel the breath behind your throat.

Because every man, every woman and child on this earth is standing there, at your back. These are the people of Wales. Your people. Feel their breaths join yours.

Hear the blood rush through your heart, burn your chest. This is the blood of Wales. This is your blood, red as the ancient dream books. Red like Merthyr’s flag. Red as the wall of Gwalia. Why are you carrying this, boys?

64 years are there, in your chest. It’s right there, on your back. He is there, by your side. Because they’ll always say you’re too small, too slow, too weak, too scared, but boys you’re the sons of Speed, with the red wall around you.