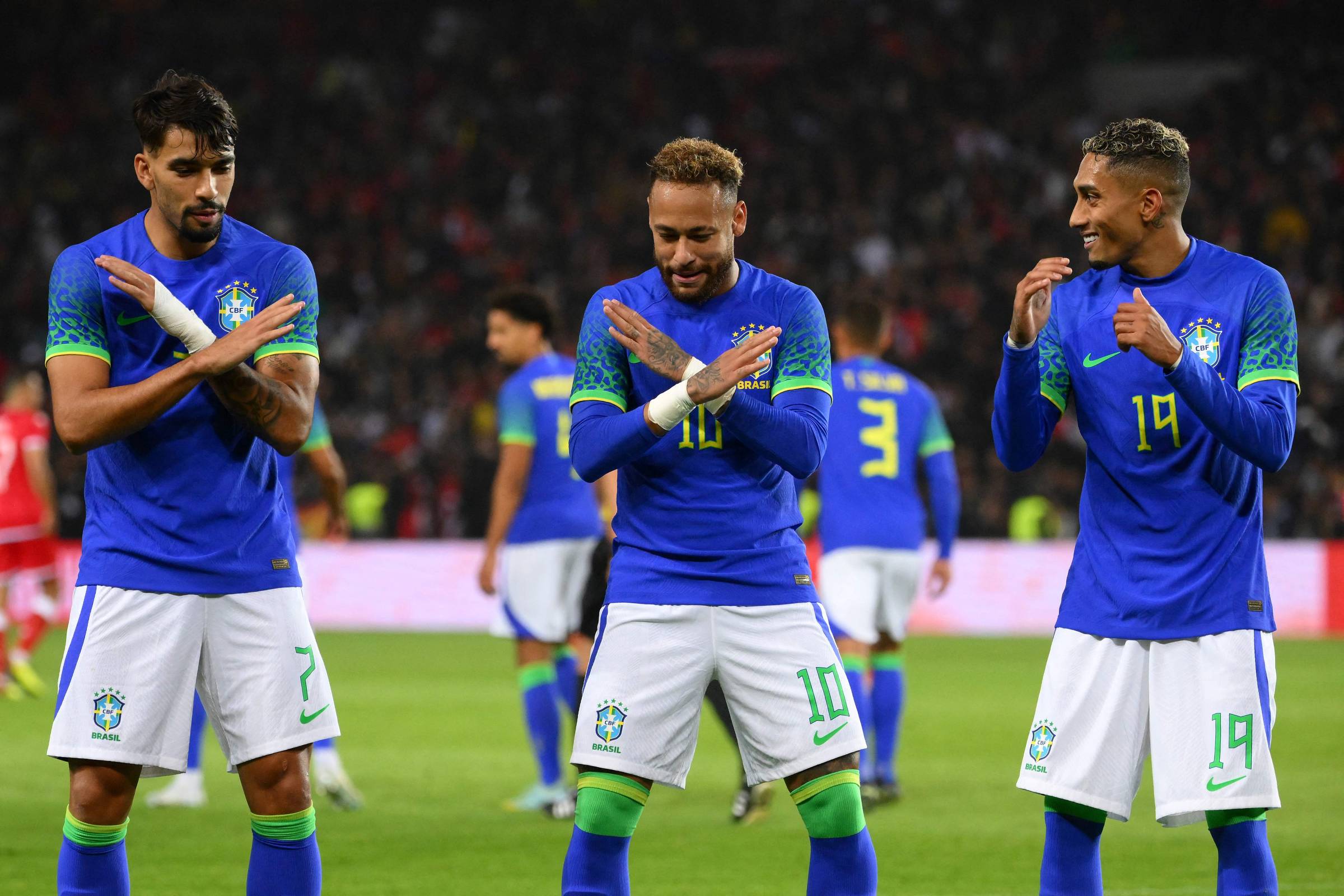 Nine goals against the fragile African teams of Ghana and Tunisia increased the hype about the chances of the Brazilian team in the World Cup in Qatar.

Let’s go back to history: since winning the first World Cup, in Sweden, in 1958, the team has always been pointed out as one of the favorites and it makes sense. Not necessarily like the favoritism, a term coined by Arnaldo Ribeiro.

The conquest of the championship, in Chile, in 1962, was the exception, because it left Brazil as such and confirmed it, even without King Pelé.

The team considered as the best in the history of World Cups by FIFA, that of the tri in Mexico, left the country booed by almost 60 thousand fans, at Maracanã, after the meager 1-0 victory over Austria, a goal by Rivellino, in the second time, with a shot from outside the area. For the first time, then, Jairzinho, Gérson, Tostão, Pele and Rivellino played together, although only for about 20 minutes, a quintet that made up the so-called “team of the people”, but that only convinced coach Zagallo already on Mexican lawns.

In the other times in which the selection was favored, it went badly.

As in 1950, which needs no details, known even to those who were born yesterday in Brazil — and Uruguay.

In 1982 too, because whoever had Toninho Cerezo, Paulo Roberto Falcão, Zico and Sócrates could not lose, lose to anyone. Because it lost, to Italy, a defeat so painful that even the stage of Sarriá doesn’t exist anymore, demolished 15 years later, as punishment of the gods of the stadiums.

No Brazilians put faith in the team that won the fourth championship, in 1994, in the United States, although at each game the foreign press did not understand why we were so critical of Carlos Alberto Parreira’s team. The fact that for the first time the selection lost a game in the qualifiers, 2-0, to Bolivia, in the heights of La Paz, was part of the explanation.

The penta, in Japan, in 2002, happened almost as a surprise, because even from Honduras, the Scolari family had lost, in the Copa América the previous year, by 2 to 0.

A certain journalist, then, had promised to become a cook if the Hondurans eliminated the Brazilians in the quarterfinals. He won a hat from Mestre Cuca and broke his promise.

Against the hosts, in the decision, came the convulsion of the star and undisputed 3-0 at the Stade de France, maddened by the Marseillaise in a chorus as vibrant as when the defeated Nazis abandoned Paris in World War II.

And in 2006, again, the favorites of the magic quartet, Kaká, Ronaldinho Gaúcho, Ronaldo Fenômeno and Adriano, took a dance again from the French commanded by Zinedine Zidane, in Germany, and returned home to pianos.

The rare reader and the rare reader will be excused from reading about what happened in the second World Cup hosted by Brazil, in 2014. Because nobody deserves it.

Just remember that it was almost impossible for the cup to escape on national soil once again. Indeed, the impossible has happened. Only it wasn’t the hex, it was the 7.

All this to recommend moderation in pride, without minimizing the satisfaction of the two beautiful Brazilian performances in the last friendlies before Qatar.

Facebook
Twitter
Pinterest
WhatsApp
Previous article
Heaps of accusations from the Prosecutor against the 23 arrested of the Polytechnic University
Next article
Athens’ response to Ankara: “Turkey has no right to threaten Greece with war”