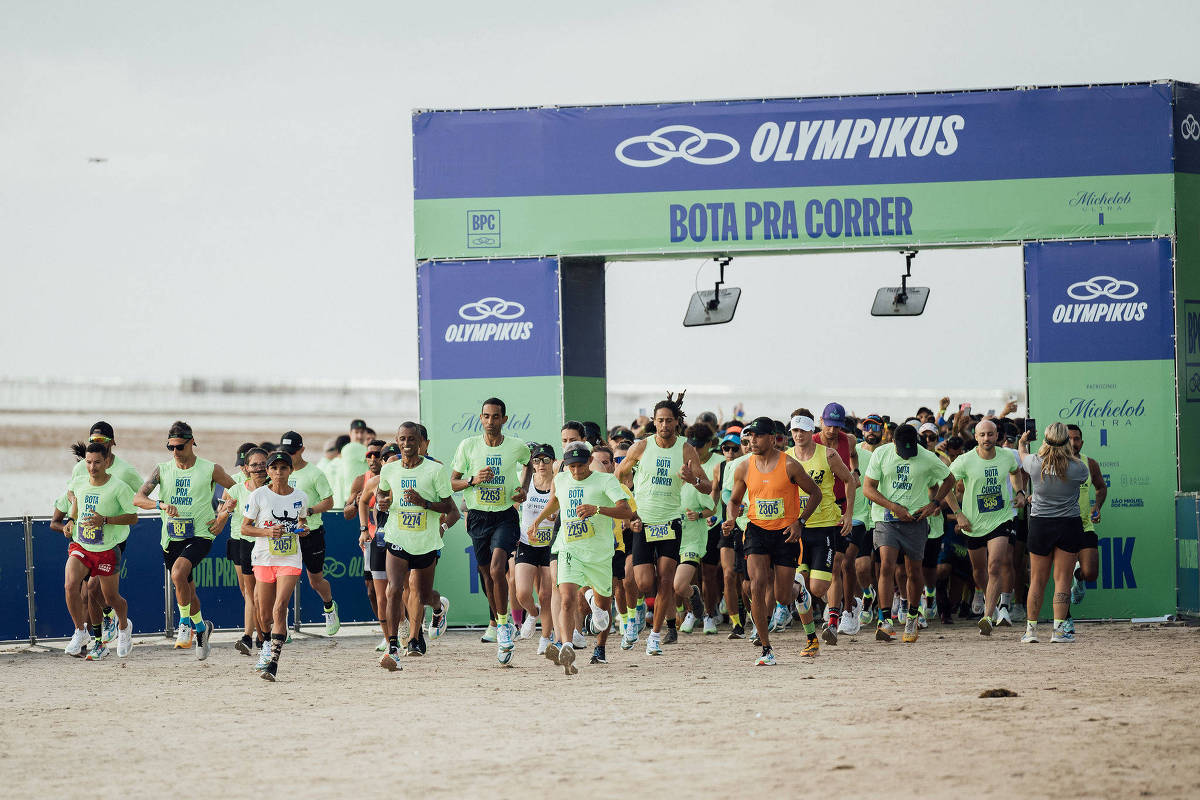 Opinion – In the Race: Olympikus bets on ‘race in paradise’ to strengthen brand

An itinerant circuit, which takes place twice a year and puts hundreds of people to run in some of the most beautiful locations in the country. Sport, tourism and nature in one package. This is Bota Pra Correr, promoted by Olympikus, which took place in São Miguel dos Milagres (Alagoas) last weekend.

In all, 800 privileged people crossed the road that cuts through São Miguel dos Milagres, on the emerald green coast of Alagoas. Among those present, in addition to those registered, were influencers, company executives, guests and professional athletes. The courses were 10km and 21km, distances that seemed longer under the scorching northeastern sun. Start and finish took place on the sand, and part of the route cut through dirt roads.

For Olympikus, the Bota Pra Correr (BPC) is not just a race. In the eyes of the company, which has been organizing the circuit since 2019, BPC epitomizes the soul of the brand.

“Bota Pra Correr is one of the main pillars of our strategy for Olympikus”, confirms the CMO of Vulcabrás, Márcio Callage.

It is difficult to accurately measure the impact of Bota Pra Correr for Olympikus. The images of the race are multiplied on social networks through posts from guest influencers, in addition to the organic dissemination made by the photos and videos produced by the hundreds of registered runners.

Film locations also yield images that will end up on television, with the production of advertising content broadcast on national television.

The company also tries to broaden the scope of the event by getting closer to music and fashion. Sponsored by Olympikus, singer Iza put on a surprise show for runners the night after the race.

BPC also influences the process of creating new products. The Corre 2 model, one of the best sellers among Brazilian runners, won versions with colors inspired by the coast of São Miguel dos Milagres.

And the company believes that, by counting on professional athletes in the race, it reinforces its quest for performance.

“Olympikus’ objective with Bota Pra Correr is to create an ecosystem, and bring all these elements together in the same environment”, explains Callage.

Bota Pra Correr takes place twice a year, and will have two new stages in 2023. This year, in addition to Milagres, there were competitions at Chapada dos Veadeiros (GO), in August. Past editions have already occupied roads in the Pantanal (MS), Alter do Chão (PA) and Jalapão (TO).

Destinations for next year have not yet been defined. “We want beautiful places that allow running on trails and on asphalt, and that have easy logistics”, anticipates Callage. The expectation is to hold the events on long holidays, to facilitate the displacement of participants.

The novelty for next year will be trail racing, and the explanation for the change in schedule is commercial. In the first half of next year, Olympikus is expected to launch its first model of shoes for rough terrain. Kept under lock and key, the shoe should be presented at an event in February.

Facebook
Twitter
Pinterest
WhatsApp
Previous article
Women with traits considered more masculine have an advantage in elections in Brazil, study shows
Next article
Group of Ipea researchers points to political use of the organ and defends vote for Lula