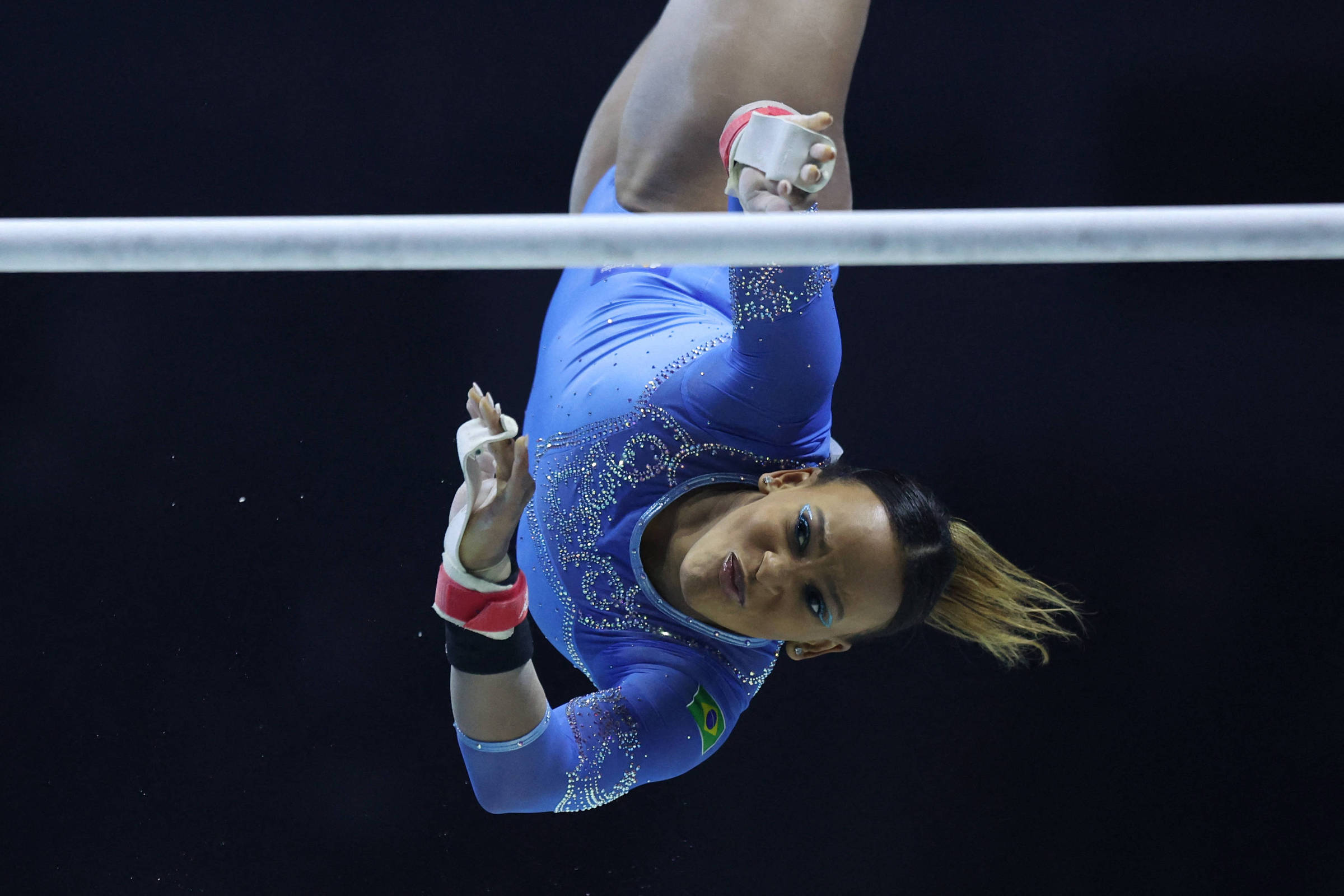 After winning the unprecedented gold for Brazil in the all-around, Rebeca Andrade, 23, did not reach the podium this Sunday (5th) in the uneven bars decision at the World Cup, in Liverpool, England.

Rebeca opened the final of the apparatus and, right at the beginning of her series, made a mistake that forced her to go down and restart her presentation, which cost her a higher score – the gymnast was in the last position, with 12.8 points.

“The parallel is my favorite device, mistakes happen. I don’t know what I did wrong, but I’m calm. It’s part of it”, he said in an interview with SporTV shortly after the race.

The Chinese Wei Xiaoyuan, winner of the gold in the device, scored 14,966 points. USA’s Shilese Jones and Belgian Nina Derwael completed the podium.

Rebeca was trying to redeem herself after an error in the uneven bars in the final of the all-around on Thursday (3), when she had problems executing a handstand — “a tailspin”, in her words, which did not compromise its overall performance.

After winning the unprecedented gold with “Baile de Favela” as the soundtrack, the gymnast said that the victory was “to show what black people are capable of”. “I feel very proud to take this song around the world, happy that it went for gold. I think it’s really, really cool that people really liked the music, the choreography. You see how the audience stands up.”

Rebeca disputes two more medals in Liverpool this Sunday (6), in the beam and in the women’s floor. The Brazilian team also participates in the men’s vault finals, with Caio Souza, and the barbell, with Arthur Nory. Flávia Saraiva is together with Rebeca in the women’s decision.

Facebook
Twitter
Pinterest
WhatsApp
Previous article
SYRIZA for publication Documento: The political system to protect its dignity and the Justice to rise to the occasion
Next article
“EVA” bad weather: Call 112 in Attiki – “Avoid travel”