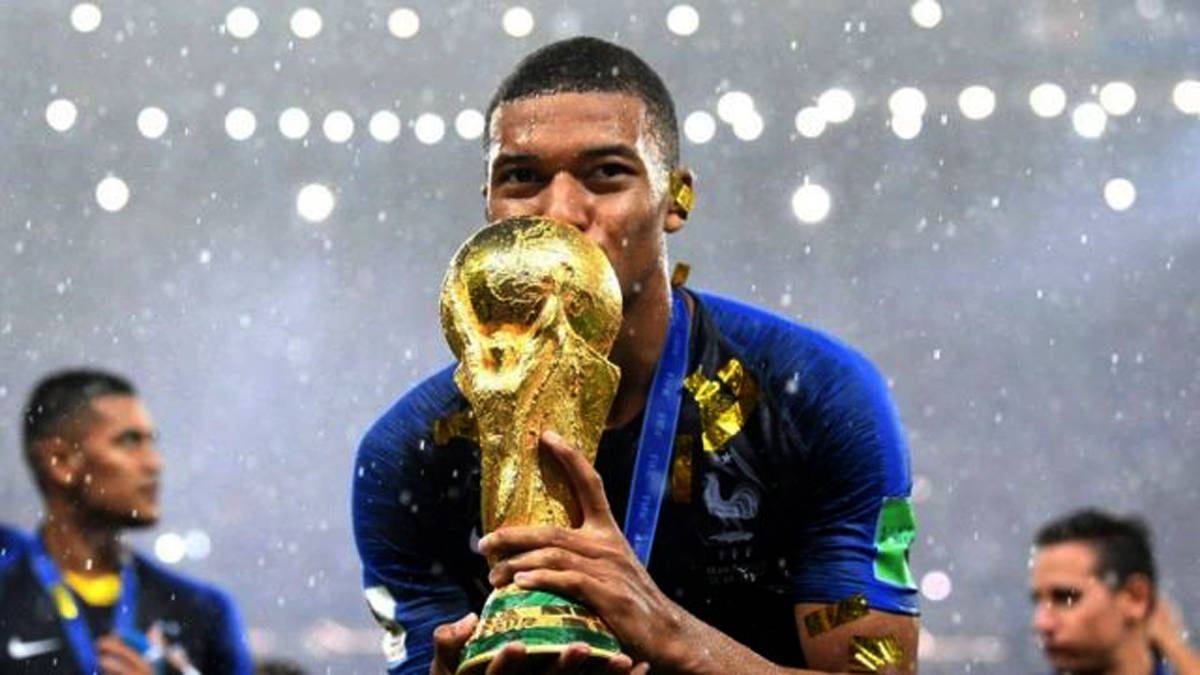 World Cup 2022: the strangest tactics to try to predict who will win the tournament

What do clairvoyance, bookmakers, artificial intelligence, investment banking and your friend pool have in common? These are some of the ways in which people try to predict the results of the football World Cup.

The reasons are also varied: bookmakers, for example, earn a lot of money with bettors who make mistakes.

Financial institutions aim to show the accuracy of forecast models normally used to predict market movements. But the unpredictability of games seriously hampers the accuracy of their models.

A similar logic applies to the predictions of so-called “mystics”, such as the Brazilian Athos Salomé. He claims to have predicted the Covid-19 pandemic and Russia’s invasion of Ukraine. Correcting the results of football matches serves as a kind of validation of your “powers”.

We cannot forget the round tables with players and coaches that the media around the world promote before the competition. And of course, they get it wrong quite often.

The World Cup, the most important competition in the most popular sport on Earth, has enormous appeal around the world. The International Football Federation (FIFA) estimates that five billion people will attend games in Qatar.

“Gambling behavior is linked to a human desire for gratification, be it financial return or a little more excitement, even when there is no money involved,” explains Robert Simmons, a professor specializing in economics at the University of Lancaster, UK.

The irony here is that the World Cup is not usually a totally unpredictable competition. But shock defeats by favorites – such as Argentina losing to Saudi Arabia and Germany to Japan – have already shown just how risky it can be to follow any prediction.

With that in mind, here are some ways people try to guess results.

The BBC does not endorse any of these methods.

Algorithms and artificial intelligence are the latest ways to predict which country will lift the cup on December 18.

Scientists at the Alan Turing Institute, a leading data science and artificial intelligence research center in the UK, ran 100,000 computer simulations of the 64 World Cup matches, using statistics and past results.

Five times champion, Brazil was in first place in practically one in every four simulations, followed by Belgium and the two-time champions Argentina and France.

Argentina’s predictions, however, already look dubious after their first-phase defeat.

“We would certainly not recommend anyone to bet on any of our predictions,” the institute said in a statement.

“No matter how good your model is, football is a pretty random game.”

Indeed, several financial institutions including Goldman Sachs, UBS and ING have missed out on winners in the last two tournaments.

One exception is London-based Liberium Capital, whose strategist Joachim Klement developed an algorithm that correctly predicted the winners of 2014 (Germany) and 2018 (France).

But could it have just been luck? Even Klement says this factor is more relevant than any other.

He told financial news website Marketwatch that his model only determines a 45% chance of a team winning the tournament, with the remaining 55% being pure luck.

Pandas, alpacas, ferrets and camels are among the “seers” animals that have been consulted.

This tendency is the fault of Paul the octopus. The mollusk gained fame as an “oracle” after a series of correct predictions during the 2010 World Cup – including Spain as the winner of the tournament.

Paul, from the German city of Oberhausen, was placed in front of two boxes containing food, each decorated with the flag of a country that would play the next game. He chose the “correct” box on 12 of the 14 occasions.

Sadly, Paul died a few months after that tournament.

Scientists, however, often question such “paranormal powers”. In Paul’s case, there is even a scientific suspicion that octopuses are more attracted to horizontal stripes than vertical ones, which could explain a preference for some flags.

Bookmakers sometimes get it right

This is by no means an incentive to bet on World Cup results, but even experts like Simons concede that bookmakers are “well placed” when picking a variety of outcomes.

“No forecast is totally good, but bookmakers are a good source of information because if they get it wrong, they’re going to pay a lot of money,” he says.

Simons is referring to the probability distribution of a given outcome. Brazil, for example, appears as a 3/1 favorite on some betting sites, while Croatia, finalists in the last tournament, are listed at 100/1. Qatar, the host country of the World Cup, is assessed as having a one-in-a-thousand chance of winning the title.

The odds are set to ensure that the bookmaker makes more money than the punters, so following these stats is no guarantee of success.

History (and geography) matter—and a lot

The World Cup has changed a lot since it was first held in Uruguay in 1930. The event has grown in size, popularity and importance. But some things remained pretty predictable, such as:

Ask for help from an Italian or German

Last but not least, we need to talk about the Bayern Munich and Inter Milan effect. Since 1982, at least one player from these teams (German and Italian, respectively) has played in a World Cup final.

Could this be repeated in Qatar? Bayern have 17 players at the 2022 World Cup in different national teams, while Inter have six.

That could bring some cheering back to some crestfallen Argentinian fans – striker Lautaro Martinez is one of Inter Milan’s best players.

This text was published on the BBC News Brasil website.

Facebook
Twitter
Pinterest
WhatsApp
Previous article
Council of Ministers: “Window” for the return of unvaccinated health workers to the NHS
Next article
Pispirigou requests another postponement of her apology for the deaths of Malena and Iris