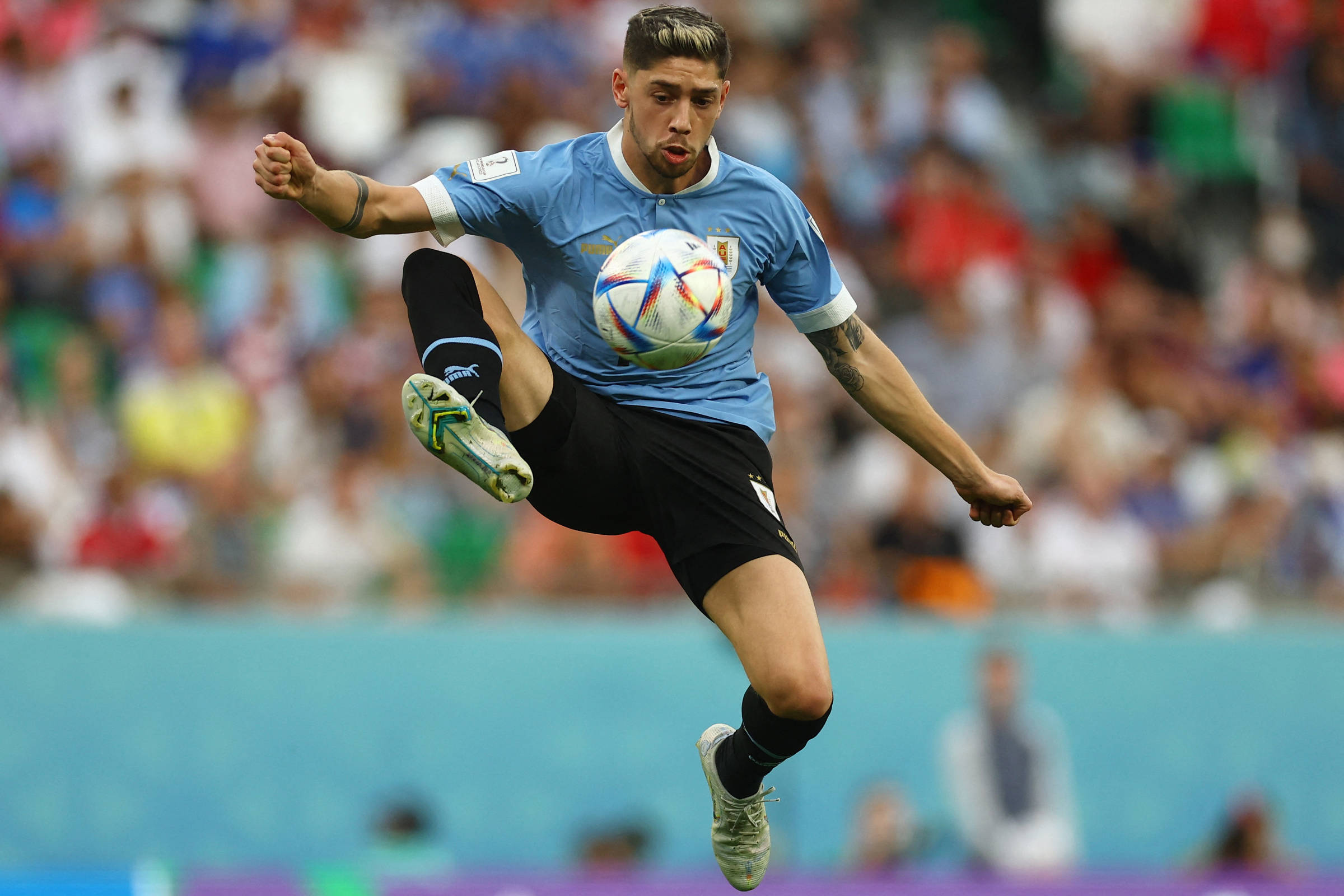 Federico Valverde, 24, was the highlight of Uruguay in the debut of the Celeste selection against South Korea this Thursday (24), in Group H of the 2022 World Cup, so much so that he was chosen as the best player of the match.

The young Uruguayan midfielder was born in Montevideo, in 1998, and was revealed in the youth categories of Peñarol, a traditional team from the Uruguayan capital and five-time champion of Libertadores. The “Bird”, as he was nicknamed by Néstor Gonçalves, idol of the Uruguayan club, stood out so much in the base categories that he ended up being promoted to the professional team at the age of 15.

Shortly after turning 16, he was sold to Real Madrid. In Spain, he went through the B team, Castilla, until he was loaned to Deportivo La Coruña. He returned to Real in 2018, when he had a good season for the first team, even in reserve.

Discreetly, the midfielder began to stand out for the meringues and dig a title in the team. He is versatile: he can play as a second midfielder, as a midfielder and even on the flanks —especially the right, where he stood out since the end of last season with the Madrilenians— and he even played as a full-back.

He has good passing and vision of the game, as well as being tall, agile and fast. When he was young, at Peñarol’s base, he didn’t like to run to score, according to his coach at the time, José Perdomo, another idol of the Uruguayan team. Even today, defending is not his forte; even so, the “Bird” gives more defensive consistency to the right side than traditional wingers usually do.

For Casemiro, 32, former shirt number 5 merengue, Valverde can still fulfill the role of first midfielder, more defensive, and could be a leader of the team in the future.

His shot from distance is also a weapon — in the match against Korea, he hit the post in one of the best shots of the Uruguayan team.

In this Cup, Valverde is one of the hopes of Uruguay, which even with a small population, continues to reveal promising players, such as Facundo Pellistri, 20, from United, Bentancur, 25, from Tottenham, and Darwin Nuñez, 23, from Liverpool.