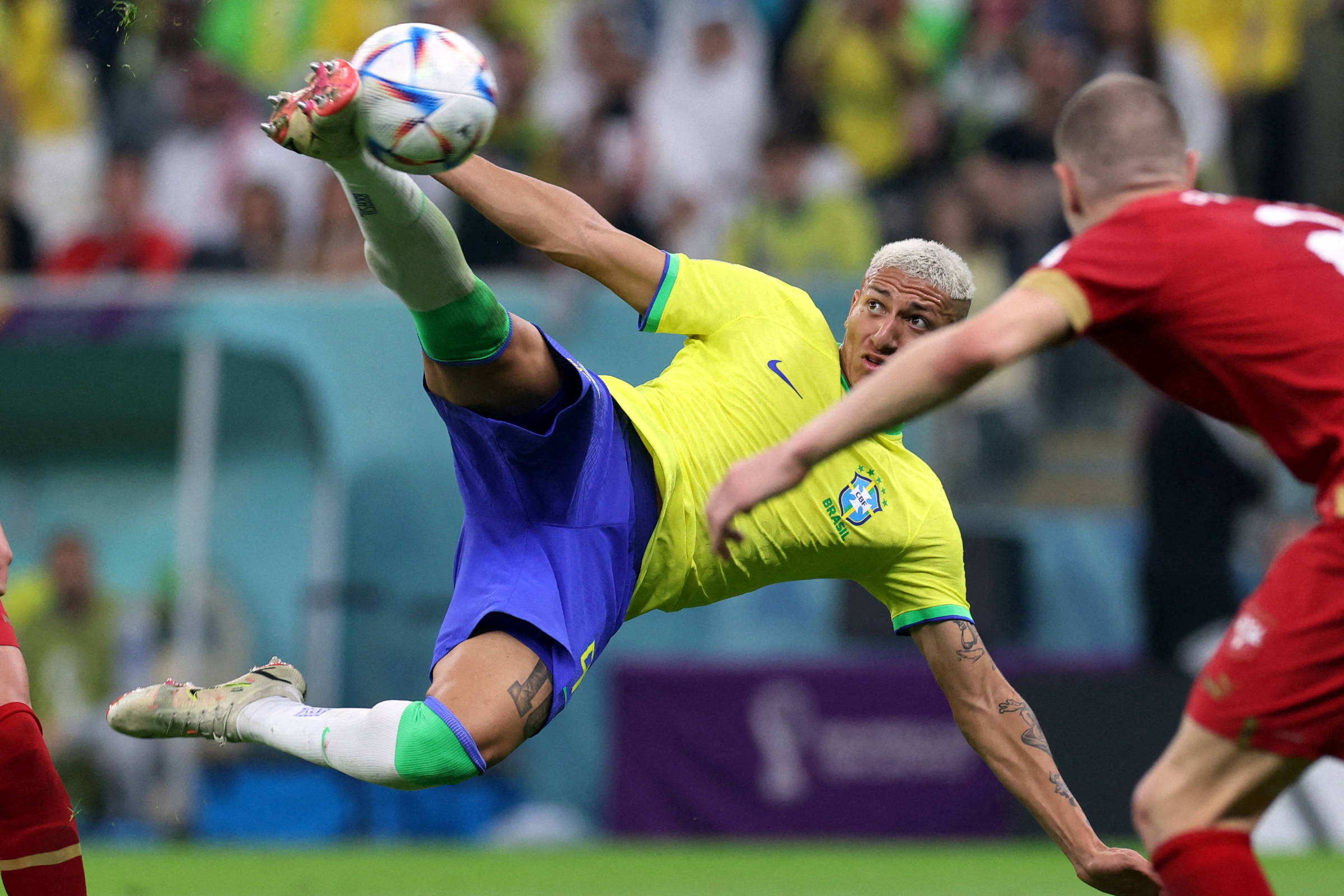 Do it in training, do it in the game, says Richarlison about the goal in the debut of the team in the World Cup

“It was like I said, ‘do it in training, do it in the game'”, said Richarlison about the goal he scored in Brazil’s 2-0 victory over Serbia, this Thursday (21).

In an interview after the game, the striker said that he had done a similar thing during the selection’s training in Turin, Italy, before the team’s arrival in Qatar.

Richarlison also said that he fulfilled a childhood dream by scoring twice in a World Cup.

“The opportunity I had, I knew I was going to have to save it.” The number 9 also recalled the injury suffered on the eve of the World Cup.

“I remember that the day of taking the exam was one of the longest in my life. I stayed on the stretcher, waiting for the result to come out, and time was running out. It was so worth the effort for my recovery. God saw my effort, he saw the desire I had to come to the World Cup,” he said.

The striker suffered a calf injury during a Premier League match in mid-October, won 2-0 by his team, Tottenham, against Everton.

Facebook
Twitter
Pinterest
WhatsApp
Previous article
Mel Maia puts in an IUD after predicting an unexpected pregnancy: ‘No babies here!’
Next article
Richarlison’s goal enters the gallery of the most beautiful of the World Cups