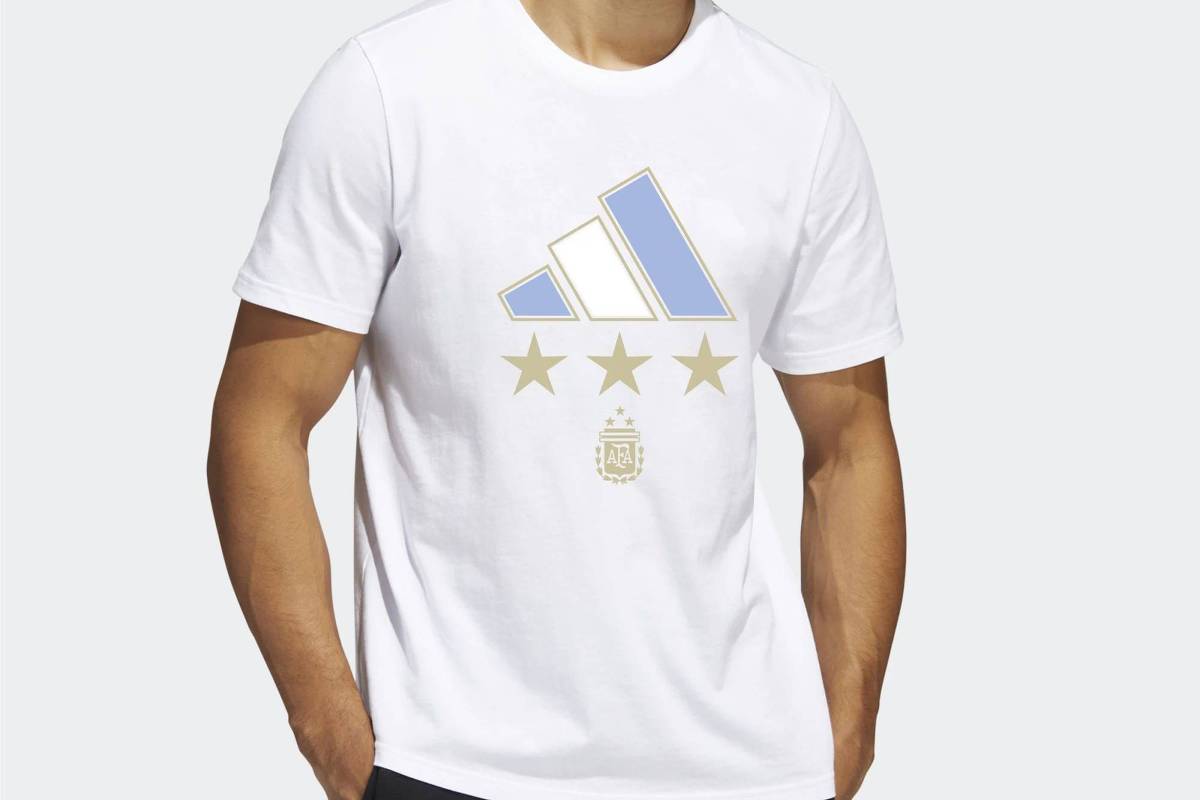 One day after Argentina won their third world championship in Qatar, Adidas made its first piece available with the coveted three stars stamped on it.

It’s not a shirt like the uniform, with the traditional vertical stripes in white and light blue — this one might take a little longer.

The piece in question is a white T-shirt, with the large Adidas symbol in the center, in the colors of the uniform. Below, three large gold stars and the shield of the AFA (Argentine Football Association) also in gold.

For now, the T-shirt is only available on the supplier’s Argentinean online store. But the price is steep, 17,999 Argentinian pesos – around R$550. The value even exceeds that of the official uniform 2, in a darker blue tone, which is for 15,999 pesos (R$488); was the shirt used in this Cup in the match against Poland, in the first phase. Already uniform 1, used in other games, is missing on the Argentine website.

Interestingly, the Adidas online store in Brazil offers more affordable suggestions. Shirts from Argentina, and also from Germany, cost R$349.99; the one from Spain is almost a bargain, for R$ 299.99.

The shirts of the Brazilian team have two versions in Nike’s online store. The player, with the same technological fabric used by Neymar, Vinícius Junior and co., costs R$ 699.99. A fan, with an identical design, but without the textile advances, for R$ 349.99.

Facebook
Twitter
Pinterest
WhatsApp
Previous article
Ukraine: Putin “postponed three times” the start of the invasion
Next article
Fans spend the night at the Obelisco, and Argentina prepares for the champions