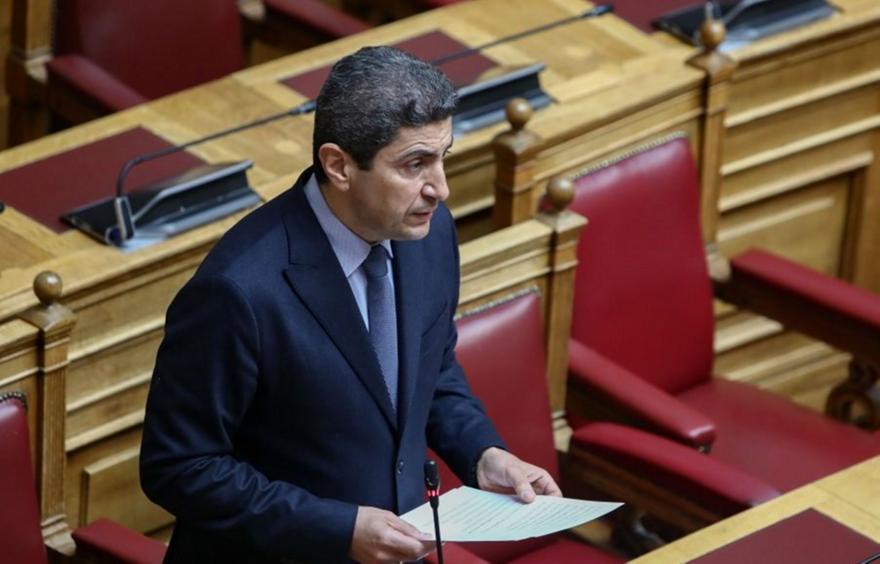 Avgenakis: The weightlifting training center is handed over to OAKA”

“Today at noon, the Weightlifting Training Center and the ancillary areas are handed over to OAKA, after a complete renovation and with all its equipment and guarantees, so that the relocation of Weightlifting from Agios Kosmas can take place without a hitch». This was announced from the floor of the Parliament by the Deputy Minister of Culture and Sports, Lefteris Avgenakis, answering a Topical Question of the MP, Yiannis Giokas. Mr. Avgenakis emphasized that “with fast pace and commitment to meeting tight schedules, we are progressing the installation and relocation projects of EAKN Agios Kosmas, projects of which we are proud, as we are consistent in our commitments and put them into practice».

Mr. Avgenakis reiterated that the Agios Kosmas EAKN is not abolished, which will continue to operate, and everything is running, in full consultation and unanimity with all those involved, according to the smooth relocation plan to other Olympic facilities, which are utilized under the program which was presented together with the Prime Minister, Kyriakos Mitsotakis, but also with absolute adherence to the agreed timetables, until the new sports infrastructures at Hellinikon Park are completed.

* to the long-term cooperation and teamwork for the Cooperation Agreement signed by the Deputy Ministry of Sports, Lamda Development, EAKN Agios Kosmas, OAKA and the Olympic Village,

* in the successive informational meetings with the trade unions and the Federations and their unanimous approval of the content of the Agreement, as well as

* to the Monitoring Committees of its implementation, where athletes also participate, in order to conduct an autopsy and approve the apartments that will accommodate the 94 athletes residing in Agios Kosmas, until the new hostels in Elliniko are built and the existing ones in OAKA are reconstructed.

“I am a man of results, not of theory. Those who know me, know well that what I say we will do, I closely supervise until they are 100% completed” pointed out Mr. Avgenakis, underlining, in addition, that “we are proud, because we changed the image of our Olympic properties! Because we take advantage of our Olympic facilities and give back to the sports family and society. Because we managed to mobilize all the financial tools we had at our disposal and to cooperate for the benefit of sport – without prejudice – with the private sector».

Facebook
Twitter
Pinterest
WhatsApp
Previous article
At +31% the increase in the tourist flow from the Netherlands to Greece
Next article
Senator Jorge Kajuru tattoos Álvaro Dias’ face on his back: ‘Eternal homage’