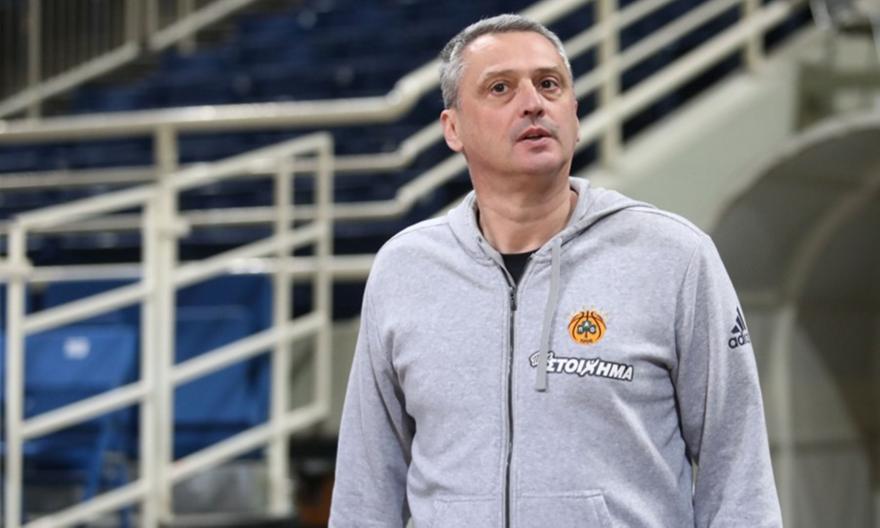 Radonic: “We are still in the market to add a player”

In the difficulties of the upcoming match with Zalgiris -but also the possibility reinforcement of the roster- mentioned o Dejan Radonic.

As part of the media day of the “greens”, the Serbian technician confirmed that they remain in the market for addition player.

As for the game, it stood at form of the Lithuanians and explained that his team should be prepared for physical game.

What Radonic said in detail

For the opponent of Panathinaikos: “Zalgiris is currently in a very good condition. They are winning at home and away and are playing extremely well on both sides of the pitch. They play with a lot of energy.

Of course, they are motivated because they have a chance to reach the top eight and maybe more. We should be ready for a very strong match, contact game, very physical.

In this team you can see the influence the Lithuanian players have on their game. Our goal should be to be competitive throughout the 40 minutes and play for the win.”

What Panathinaikos should pay attention to: “We should be very well prepared for a physical game. We will have to have energy on both sides of the pitch, read the game and be ready to fight. Let’s be ready for all 40 minutes to fight and of course give everything.”

On his injury woes: “For this match, Bohorides and Mantzoukas are out. For the rest of the players, we will decide on the day of the match.”

On the subject of strengthening the roster: “Today I can say we are still in the market to add a player”.

Facebook
Twitter
Pinterest
WhatsApp
Previous article
Zak Kostopoulos: The prosecutor suggests that the broker should return to prison
Next article
Nikologiannis: The ego of the Panathinaikos players was offended – Vounos the qualification but there is faith