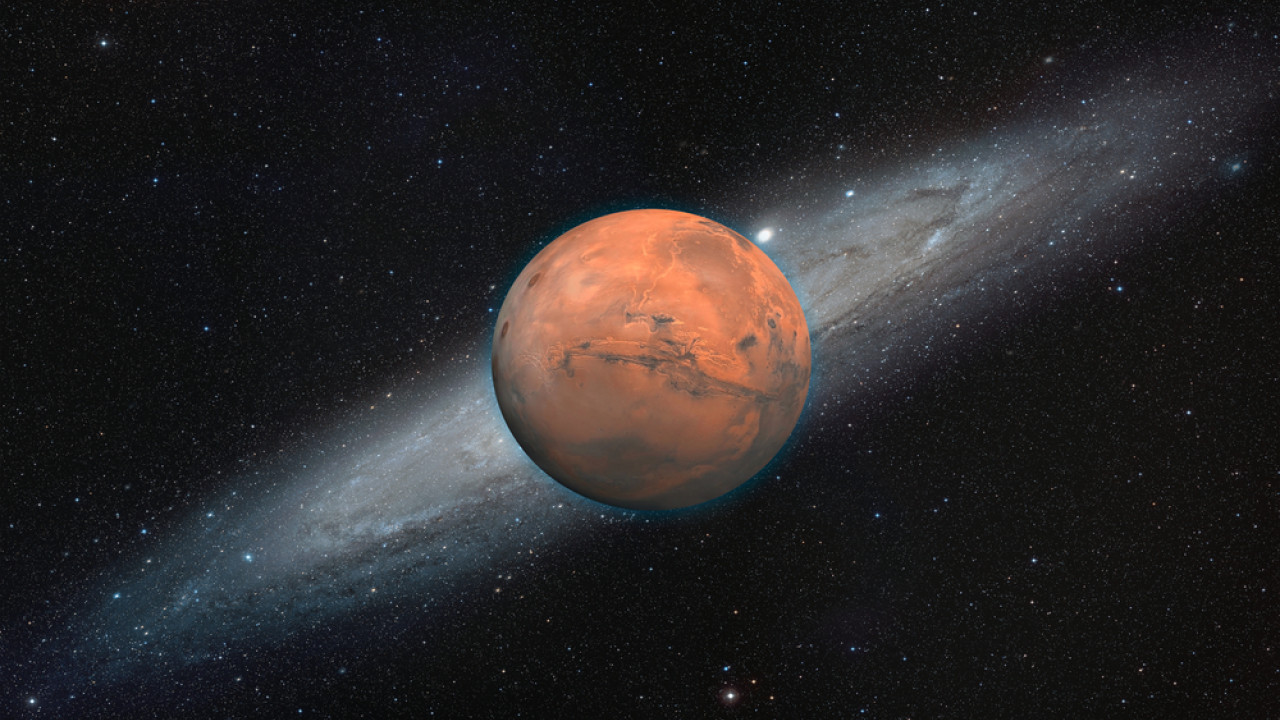 Mars aligns with Earth and brightens – How to see the phenomenon

Mars will appear brighter than usual, making it much easier to see in the night sky.

This week offers an excellent opportunity to see Mars in the night sky, as it is at “opposition”, directly opposite the Sun, with Earth aligned on the same side, between the Red Planet and our parent star.

Given the above, Mars will appear brighter than usual, making it much easier to see in the night sky.

It is worth noting that Mars is at this opposition only once every 26 months.

In addition to the opposition, this week also saw a lunar eclipse of Mars on Wednesday evening.

An occultation is an event in which one object appears to pass behind another in the sky, disappearing from view entirely.

In this case, Mars disappears behind the moon and will reappear an hour later.

The lunar eclipse of Mars will begin shortly after sunset on Wednesday for viewers in North America, while sky watchers in Europe and parts of North Africa will be able to catch the spectacle just before sunrise in the morning hours of Thursday (December 8).

If you can’t go outside during this event, or if the sky in your area is cloudy, you can watch the lunar eclipse of Mars online for free, thanks to several webcasts from observatories around the world.

Facebook
Twitter
Pinterest
WhatsApp
Previous article
Germany: Eight “Reich Citizens” Arrested for Coup Attempt – How the Terrorist Organization Was Structured
Next article
Merkel admits failures in her policy towards Russia – ‘We should have reacted faster’