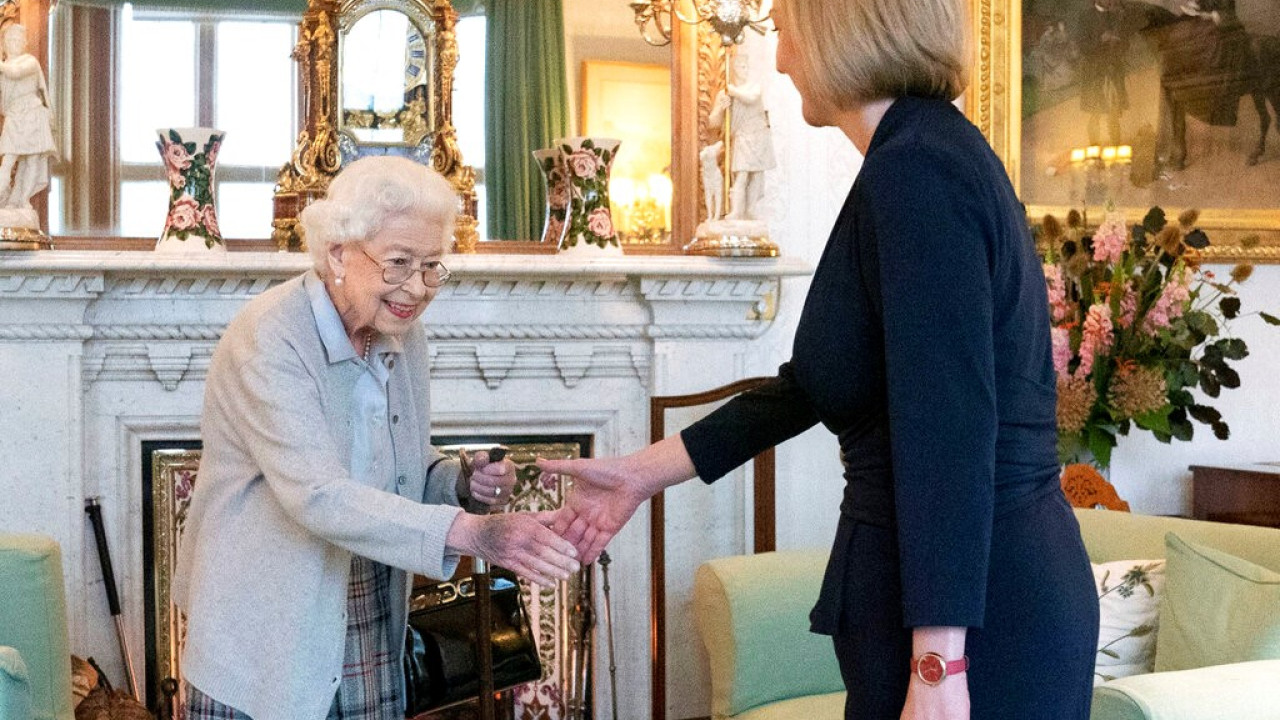 Liz Truss: The projects and the (just 44) days of the British Prime Minister

Truss was elected to replace Boris Johnson and on September 6 officially became Prime Minister after receiving the mandate to form a government from Queen Elizabeth II, two days before she died.

The situation of the British Prime Minister Liz Truss looks less and less sustainable in the chaos that has been caused and her resignation is considered a matter of timeafter only six weeks in office.

Truss, aged 47, was elected to replace Boris Johnson in a popular vote among Conservative party members with 81,326 votes to 60,399 for her rival Rishi Sunak.

Here are the key events since he took office on September 6.

Faced with skyrocketing energy costs, Liz Truss announces to Parliament the ‘freeze’ of prices for individuals and businesses. Her announcement was overshadowed by Elizabeth’s death, with political life halted for 10 days of national mourning.

Finance Minister Quasi Quartering announces a ‘mini budget’ to boost growth, based on tens of billions of pounds in tax cuts, financed by debt.

There is panic in the financial markets. On the 26th of the month, when the markets opened again, the lira plunged to a historically low level.

In the face of market panic, the Bank of England announces that it is urgently intervening in the bond market in the face of a “significant risk to UK financial stability”.

Research institute YouGov reports a 33-point lead for opposition Labor, the longest since the late 1990s, two years before a general election.

During the Conservative party conference, marked by disagreements and tensions, Liz Truss and Quazi Kwarteng are forced into their first fold: they withdraw the abolition of the higher income tax rate.

“I got it, I heard you,” Truss said at the party conference. “Growth, growth, growth,” she repeats without reassuring skeptics in her party or jittery markets.

Tras rules out, in front of its MPs, any reduction in public spending, promising at the same time to maintain tax cuts, intensifying doubts about its policy.

Conservative party members refer to a list of names being circulated to replace Truss in Downing Street.

From Washington, where he is attending the annual meetings of the International Monetary Fund and the World Bank, Kwazi Kwarteng appears confident that both will be in place in a month.

Kwarteng, who hastily returned to London, was dismissed and replaced by Jeremy Hunt, a former candidate in the Downing Street succession race.

Liz Truss calls a press conference where she mechanically repeats that she wants to complete her mission, takes four questions, and hurries off after eight minutes.

There he announces a new twist, abandoning keeping the corporate tax rate at 19% to rise to 25% as predicted by the previous government.

Jeremy Hunt, the fourth Chancellor of the Exchequer since the start of the year, announces the cancellation of almost all measures in Liz Truss’ economic programme.

She is represented in Parliament to answer opposition questions about this policy. “No she is not hiding behind a desk,” said Penny Mordant, the minister who represented her, as some MPs chanted “resign”.

Truss herself acknowledged “mistakes” in a late-night BBC interview and apologized but ruled out resigning, citing the “national interest”.

“I’m a fighter not a throwaway,” Liz Truss said in a session of Parliament.

Her Minister of the Interior, Suella Baverman, is resigning. She explains that she sent from her personal e-mail an official document on immigration policy to a colleague in Parliament. “I made a mistake, I accept responsibility and resign,” she wrote in her resignation letter, a clear message to Tras, who remains in her position.

In the evening, there was chaos in Parliament over the vote on fracking, which the government wanted to turn into a confidence test.

Facebook
Twitter
Pinterest
WhatsApp
Previous article
Provocative Turkish Minister of Industry: The Tayfun project caused fear in Greece
Next article
“Kampanaki” Karamanlis: If the projects do not “run” in 2030, Athens will be an inaccessible city

The deadline for applications for 3,000 jobs in the South Aegean Region ends tomorrow