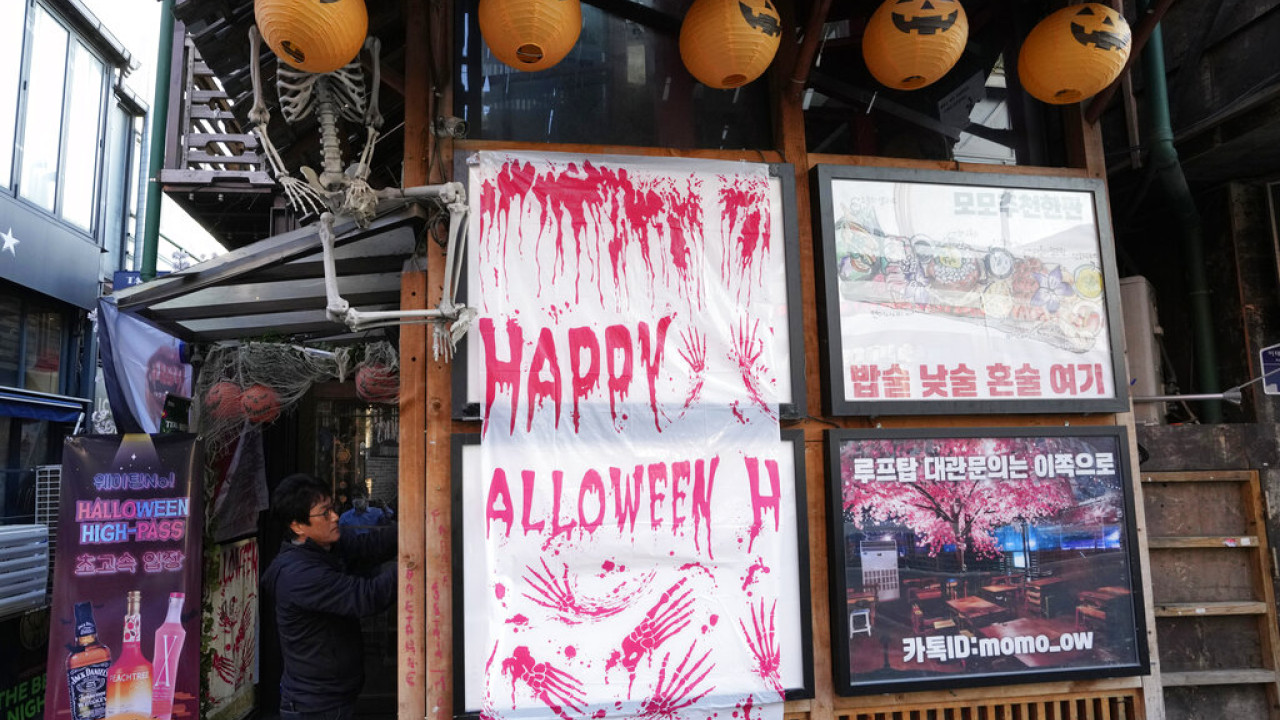 Global emotion for the tragedy that unfolded last night in the capital of South Korea, Seoul, where 153 people died and another 134 were injured in suffocating conditions in the streets of the popular district of Itewon, where Halloween parties were taking place.

At least four Chinese nationals died, according to the Xinhua news agency, citing the Chinese embassy in Seoul.

“On behalf of the government and people of China, I would like to express my deepest condolences to the victims and extend my sincere condolences to their families and the injured,” he said. Xi Jinping in a letter, according to Xinhua.

Xi said the accident also injured other Chinese citizens and expressed hope that South Korea “will make every effort to heal and deal with the consequences.”

The president of the USA Joe Biden and the first lady Jill Biden sent their condolences, writing: “We mourn with the people of the Republic of Korea and send our best wishes for a speedy recovery to all those injured.”

The British Prime Minister Rishi Sunak he tweeted: “All our thoughts are with those responding and all South Koreans at this very sad time.”

All our thoughts are with those currently responding and all South Koreans at this very distressing time.

A Norwegian man has been confirmed dead from being trampled, his spokesman said Norwegian Ministry of Foreign Affairswho declined to give details of his age or identity, citing confidentiality.

“I am devastated by the news of the terrible incident in connection with the Halloween celebrations in Seoul,” she said in a statement. Norwegian Foreign Minister Aniken Hutfeld. “My deepest condolences to the families and friends who have lost loved ones. My thoughts are with those affected by this tragedy.”

The Canadian Prime Minister Justin Trudeau he tweeted: “My thoughts are with those affected by this tragedy, and I wish a speedy and full recovery to those injured.”

South Korea is in mourning

The president of South Korea, Yoon Seok-gil, declared national mourning, in the wake of yesterday’s tragedy.

Yun expressed his condolences to the families of the victims, mostly teenagers and young adults, and wished a speedy recovery to the many injured.

#BREAKING: #SouthKorea‘s fire department said 81 people have breathing problems after the #stampede at Itaewon in #SeoulSouth Korea Saturday night when over 100 thousand revellers crammed into the place for #Halloween celebrations.#SeoulStampede pic.twitter.com/QwyWcYTj43

“It’s really tragic,” President Yun said in a televised address, stressing that it was “a tragedy that should not have happened.”

He assured that the government will thoroughly investigate the causes “to ensure that such an accident does not happen again in the future”.

The chronicle of the tragedy

At least 153 dead and about 134 injured are the so far account of the nightmarish development that the Halloween celebration in Seoulwhen hundreds of people were trampled through a maze of narrow alleyways in the Itewon district.

About 100,000 people, according to South Korean media estimates, had visited the district to celebrate Halloween, the first major public gathering in the capital Seoul since restrictions against the Covid-19 pandemic were lifted.

It was the first Halloween event in Seoul in three years after the coronavirus restrictions were lifted.

According to witnesses, the crowd became increasingly unruly and rowdy as the evening progressed. Then there was chaos.

Moon Ju-young, 21, said there were clear signs of trouble on the street he was on, as the crowd was too large.

Footage on social media showed hundreds of people crammed into the narrow, sloping alley, standing still as emergency workers and police tried to free them.

Fire officials and witnesses said people continued to pour into the alley, which was already packed to the wall. At some point those at the top fell, causing the people below to fall on top of others.

This particular district is particularly popular. Its dozens of bars and restaurants were packed Saturday for Halloween.

US President Joe Biden and First Lady Jill Biden sent their condolences, writing: “We grieve with the people of the Republic of Korea and send our best wishes for a speedy recovery to all those injured.”

With the easing of the COVID pandemic, the bar and restaurant curfew and the 10-person limit for private gatherings were lifted in April. The outdoor mask mandate was lifted in May.

President Yun held an emergency meeting with senior aides and ordered the creation of a task force to secure resources to treat the injured and begin a thorough investigation into the causes of the disaster.

The disaster is among the nation’s deadliest since the 2014 ferry sinking that killed 304 people, mostly high school students.