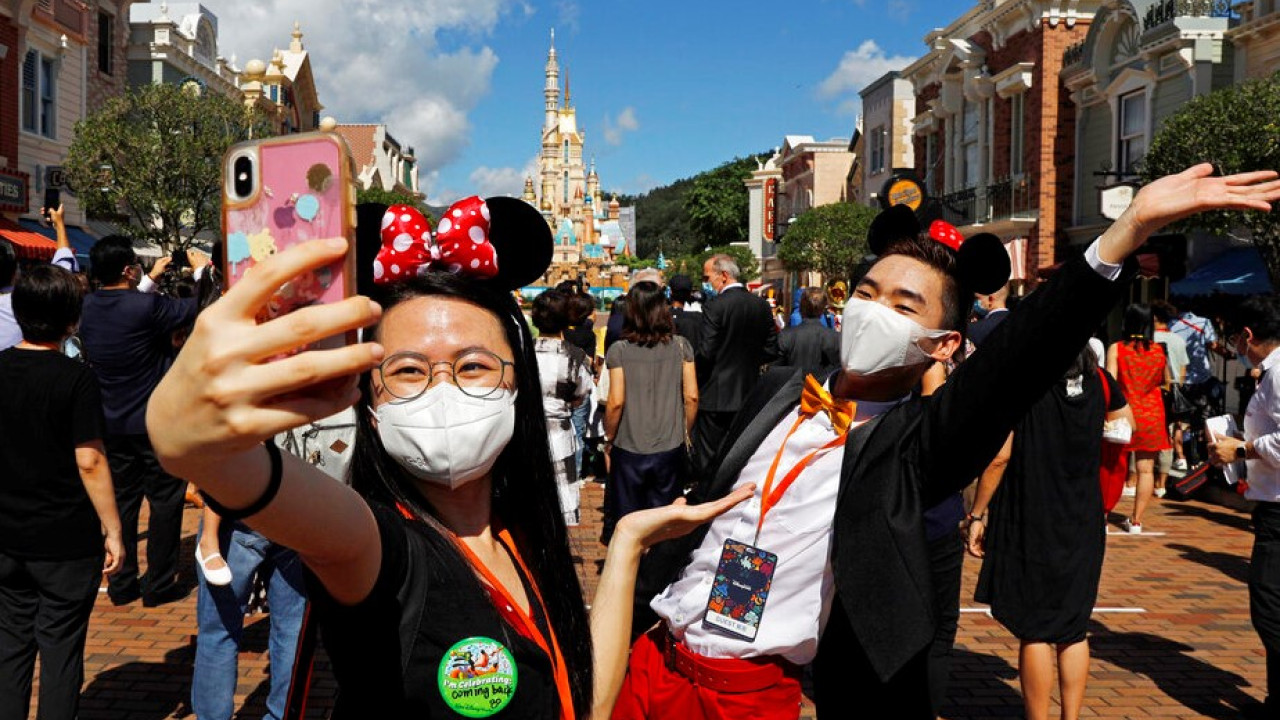 Disneyland in Shanghai was closed due to covid with guests inside! – They can only come out with a negative test

Shanghai authorities said the park is barring entry and exit, and patrons on site at the time of the announcement are being asked to remain in the park until they undergo a diagnostic test.

The management company announced at 11:39 am. (local time, 05:39 Greek time) that it is immediately closing the main park and surrounding areas, such as the shopping street, until further notice in order to comply with the measures to deal with the virus.

Shanghai authorities said on their official WeChat website that the park bans public entry and exit and that all visitors who were in the area at the time of the announcement should undergo a covid diagnostic test and are awaiting negative results for to be able to leave.

Anyone who has visited the park since Oct. 27 will need to be tested for COVID-19 three times in three days, according to the release.

Shanghai Disney Resort will be closed starting Monday, October 31, 2022, in order to follow the requirement of pandemic prevention and control.#Shanghai #Disneyland https://t.co/5AA49EjLK7 pic.twitter.com/rgITxdCVSK

The theme park has continued to operate some of the rides for guests who remain at the park while it is closed, according to social media posts.

A spokesman for Shanghai Disney Resort said the theme park was continuing to offer limited services and that the company was implementing measures in accordance with the guidelines of Chinese health authorities.

The resort announced on Saturday that it had begun operating with limited staff to comply with anti-COVID measures.

The development is yet another problem for Shanghai Disney Resort, which was closed for more than three months during Shanghai’s lockdown earlier this year.

The park was also closed for two days last year in November with more than 30,000 visitors locked in after authorities ordered everyone to undergo testing.

Videos released today on the Chinese platform Weibo showed people rushing through the park’s gates, which were already locked.

Reuters was unable to verify the authenticity of the videos, and Shanghai Disney Resort did not respond to a question about how many guests have remained inside the park.

Local authorities across China continue to impose extreme measures to prevent any chance of transmission of the virus once cases emerge, in line with the country’s very strict zero-tolerance approach to COVID-19.

The Universal Resort in the capital Beijing reopened today after a five-day suspension, also imposed due to Covid measures.