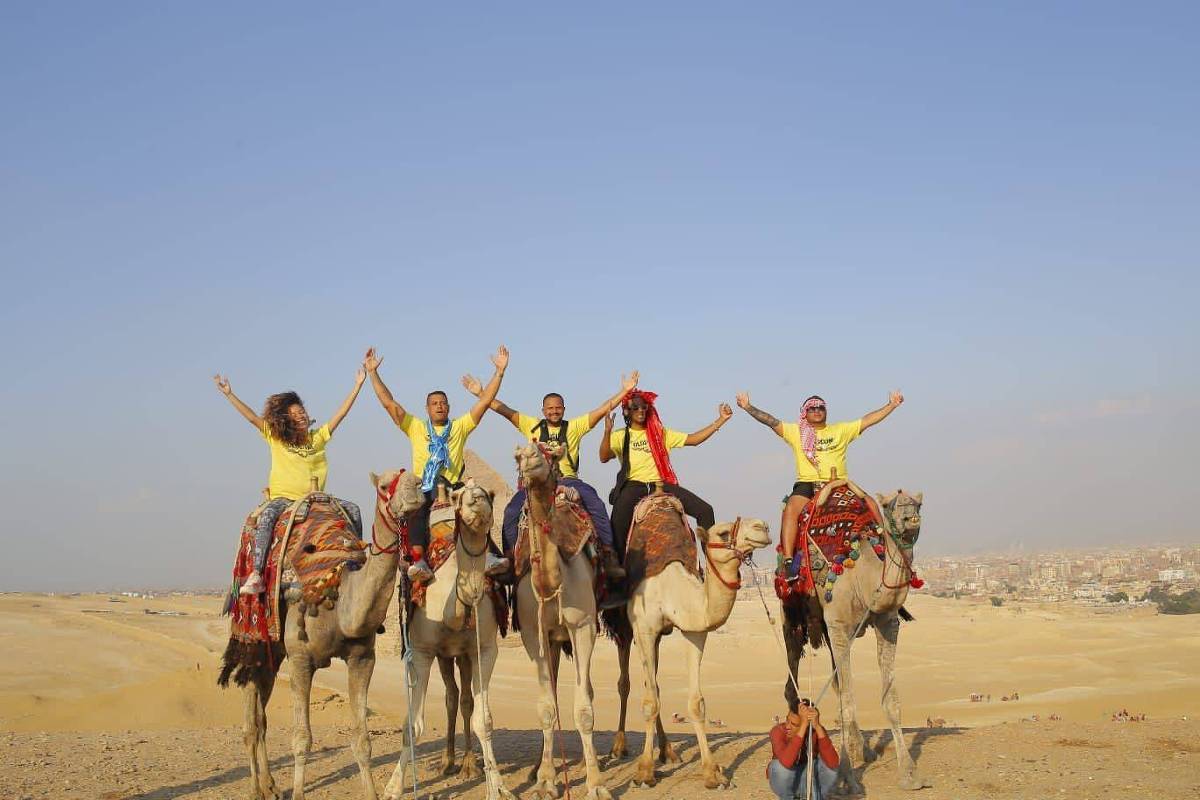 Thirty-five years after releasing the hit “Faraó – Divindade do Egito”, Olodum performs for the first time in the African country, with the support of Itamaraty, which seeks to exalt Brazilian black culture abroad.

The first show, at the Cairo Jazz Festival, takes place this Friday (4), when the 100th anniversary of the discovery of Tutankhamun’s tomb is celebrated. On Saturday, the group performs at the Alexandria Opera House.

For João Jorge Santos Rodrigues, president of Olodum, the band helps to highlight the importance of black characters from ancient Egypt, such as the pharaohs Aquenaton and Tutankhamun, from the 18th dynasty.

“We’ve been singing this since 1987. These pharaohs are from a period when the black African presence was fundamental in Egypt. We also want to project the Brazilian music of Bahia from Olodum in an environment that consecrated the cradle of civilization”, says Rodrigues. Fourteen musicians participate in the trip.

According to the Brazilian ambassador to Egypt, Antonio Patriota, taking Afro-Brazilian culture to Cairo and Alexandria brings commercial, tourist and diplomatic benefits to the country. Cultural exchange, for him, is a way of sponsoring Brazil in one of the most important nations in the Arab world.

“Egypt is an important market for our agricultural products, such as corn and sugar. We import Egyptian fertilizers. The country is also a tourist power,” said the diplomat.

He cites as an example the work of the Itamaraty with the Egyptian government so that there is a direct flight between Cairo and São Paulo by the state-owned company EgyptAir. “It will not only facilitate economic, commercial, academic, institutional and investment contacts, but also excursions. We would like to see Egyptian tourism increase in Brazil, and Olodum can boost this by arousing interest in Brazil.”

The group, which was born in 1979 on the outskirts of Salvador, in the Maciel-Pelourinho neighborhood, has already played with artists such as Michael Jackson, Pet Shop Boys and Jimmy Cliff, in addition to drawing crowds to Salvador’s Carnival.

“One of the group’s greatest hits is ‘Faraó’, a song that talks about the empowerment of black people. As Brazil is the largest Afro-descendant country outside Africa, it is natural that we have great interest in this culture. Brazil would not exist as it is today without a strong participation of the African element”, says Patriota.

In addition to the two presentations, Olodum will take to Egypt social workshops held in Salvador and Florianópolis and which have already been held in countries such as Argentina, Canada and the United States.

There will be two classes on Afro-Brazilian culture and percussion in Cairo and another for 25 children at a shelter in Alexandria, with support from the Egyptian Ministry of Culture. The target audience is musicians and vulnerable young people, explains Rafaela Seixas, first secretary at the Brazilian embassy in Cairo.

“Olodum emerged as a social project. They want to take black people out of marginality and show black culture to the world. Maybe they will give these children and adolescents a spark for them to become interested in music and, who knows, become professional in the future”, he says. the diplomat, black, Salvadoran and head of the cultural and commercial promotion sectors of the diplomatic representation.

Facebook
Twitter
Pinterest
WhatsApp
Previous article
Georgiadis: The basket has “sold out” – Answer to Koutsoumba: The shelves are empty in the USSR
Next article
Staikouras: Freeze interest rates for overdue and settled debts at the tax office for one year