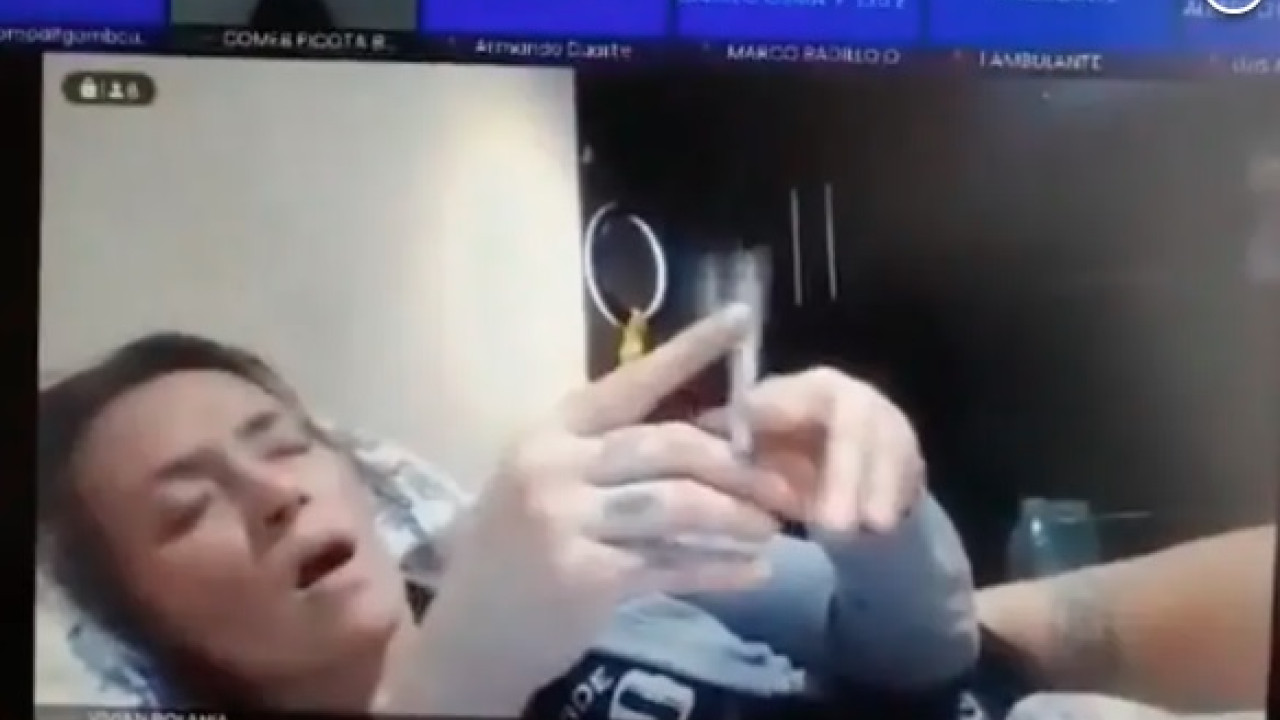 The reason for one Colombian judge, who is known for her ultra-raunchy photos on the country’s social media, was this week handed a three-month suspension for appearing … half-naked and smoking in bed during a Zoom hearing.

Polania, 34, made national headlines in Colombia last week when she appeared on a Zoom video link smoking and in her underwear during a hearing in a case involving an explosive device targeting an army brigade, which took place in the city Cúcuta. in June 2021.

The video of the scantily clad judge quickly went viral, and prompted the disciplinary committee to launch an investigation into the case.

According to the 16-page finding, Polanyi kept her camera off for nearly an hour before turning it on, revealing her lying in bed in a “deplorable” state, looking “sloppy with sleepy eyes” while slurring her words…

When a lawyer present at the hearing told the judge that her camera was on, Polanyi quickly turned it off…

In an interview with the Colombian network Semana, the judge justified that when she first arrived in Cúcuta, she could not … bear to wear pants because of the intense heat, so she chose to wear shorts and T-shirts, but said that this “made some people around of feeling uncomfortable.”

“I’m tired of saying thank you people to have peace of mind,” said the defiant lawyer. Undeterred by the buzz over the Zoom video, Polanyi said she “doesn’t intend to change her personality for others.”

Facebook
Twitter
Pinterest
WhatsApp
Previous article
Mbappé has to understand that Messi and Neymar are bigger than him, says Daniel Alves
Next article
Panel SA: Japan shirt, underdog of the Cup, sales skyrocket