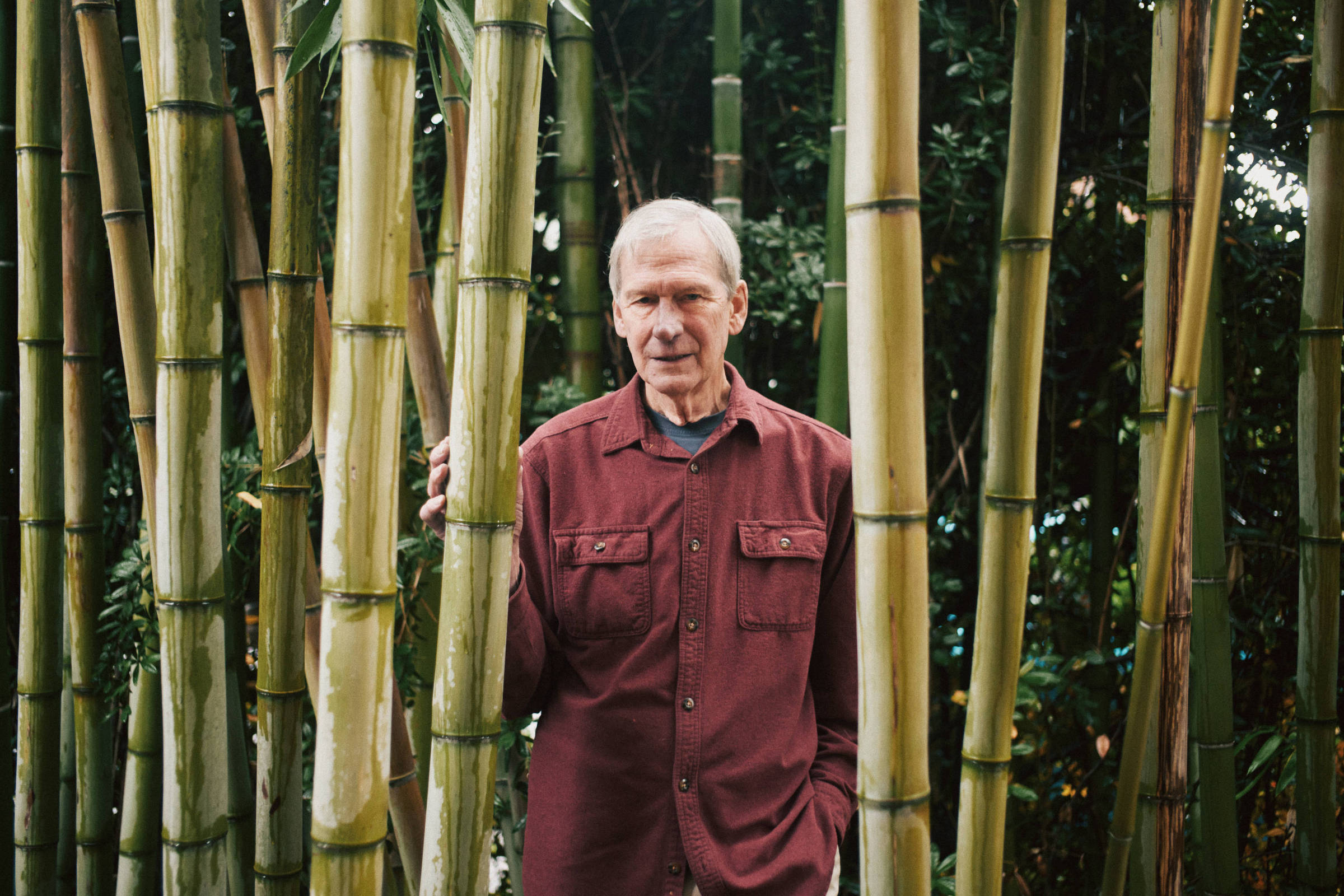 In the world of 8 billion, this American advocates that people stop having children

For someone who would like to see his own species extinct, Les Knight is surprisingly carefree.

He has hosted several fireworks parties to celebrate meteor showers. He organized a nudist cricket match in his backyard – which, it’s worth mentioning, is protected by a twenty-foot tall hedge of laurel trees.

Not even Tucker Carlson was a match for Knight’s glee. In 2005, when interviewing him on MSNBC, Carlson criticized him for advocating the “sickest possible” ideas, but added, “You are one of the most humorous guests we’ve ever had on this show.”

Knight, 75, founded Voluntary Human Extinction, a group of people who believe the best thing humans can do to help Earth is to stop having children.

He added the word “voluntary” to the movement’s name decades ago to make clear that his followers do not advocate mass murder or forced birth control. Nor do they encourage suicide. His “ethos” is reflected in his motto “Live Long and Extinct”, as well as another of his slogans, which Knight often displays at conventions and street fairs: “Thank you for not reproducing”.

On November 15, Earth’s population reached a record high: 8 billion human beings. Despite falling birth rates, that number is projected to peak at 10.4 billion in the coming decades, due in large part to rising life expectancy and falling infant mortality.

Knight is among those who believe that overpopulation is a major contributor to the climate crisis, but that idea could be controversial. Poor, densely populated countries like India contribute relatively little per capita to the greenhouse gas emissions that are warming the planet. Rich countries with relatively smaller populations, like the United States, generate most of the pollution that causes global warming.

“The problem that is spiraling out of control is consumption,” says John Wilmoth, director of the UN’s population division. For him, viewing population limitation as a possible solution to the climate problem diverts attention from the urgent need for everyone to abandon fossil fuels and make more efficient use of natural resources. “We need to transform the economic incentives that make it possible to profit from polluting the environment.”

The idea that the population needs to be controlled has led to forced sterilizations and measures that have been shown to be inhumane or have been linked to racist theories such as eugenics.

But Stephanie Feldstein, director of population and sustainability at the Center for Biological Diversity, an NGO, says that while greater human health and longevity are good things, they come at a cost to other living things on the planet.

In the last half century the human population has doubled and wild animal populations have declined by 70%. Reducing human fertility rates today won’t change greenhouse gas emissions in the short term, Feldstein argues, but human population growth puts increasing pressure on dwindling natural resources and the complex web of animals, birds and plants that depend on them.

“Biodiversity loss can be equally devastating, as it dismantles the ecosystems we need to survive,” he says. “Each year we are already using almost twice the amount of natural resources that the Earth is capable of replenishing in that same period.”

One of the most effective ways to combat global warming, according to both climate activists and voices concerned about overpopulation, is to expand access to education for girls around the world, in addition to access to contraception and family planning. Nearly half of all pregnancies in the world – around 121 million a year – are unplanned.

But it’s rare to find someone who goes as far in their public discourse as Les Knight, who had a vasectomy at age 25 in 1973 and has no children. In addition to championing universal access to contraception and opposing what he describes as reproductive fascism —or “the lack of freedom not to procreate”—Knight says that despite our many achievements, humans are harmful to Earth. .

“Look what we’ve done to this planet,” Knight says in his sunny backyard. “We are not a beneficial species.”

It is unclear how many adherents there are to the movement or what its scope is. The group began almost clandestinely, but its popularity soared when Knight created a website in 1996. Generally light in tone, the page has written material and includes quotes by philosopher Arthur Schopenhauer and cartoons by artist Nina Paley, as well as arguments against procreation. and in favor of adoption. It has been translated into 30 languages ​​and is seen by many as a refuge.

“The existence of such a group was great news for me because, when you follow this kind of philosophy, you tend to feel isolated,” says Mexican Mario Buenfil, 73, a hydraulic engineer who has been part of the movement for 20 years.

Substitute high school teacher for most of his working life, Les Knight is regarded with affection by students. He spends his Sunday mornings picking up trash in the neighborhood. During the interview, he paused to appreciate two spiders sunning themselves on their webs.

For him, the presence of arachnids is a cause for joy, after so many insects and animals died in a sweltering heat wave in western North America last year. A self-declared serial monogamist, Knight lives alone, but his girlfriend lives next door and is fully committed to his cause.

“He doesn’t have a huge ego. He doesn’t try to convince people of his ideas,” says Marv Ross, who was Knight’s college roommate and has been a friend for years. “He’s always been a good-natured person, someone who gets his message across in the most entertaining way possible.”

As a child growing up in Oregon, the son of a tolerant family, Knight saw loggers clearing the state’s forests. Compulsorily conscripted into the Army during the Vietnam War (he served, but was never sent to war), he studied at the Oregon College of Education and joined the local representation of the Zero Population Growth entity, something that consolidated his decision not to have children. “It’s always been about ecology, the damage humans do to the environment.”

Knight’s ideas come from deep ecology, which challenges the premise of human hegemony and argues that other species are just as important. Knight came to see humans as the most destructive of invasive species, as apex predators.

“We come into the world and then we start to grow out of control. And since we’re smart enough to do that, we should be aware that we need to stop that.”

The number of births in the US rose during the pandemic, reversing the decline in the national birth rate, but a 2020 survey found that one in four Americans who had not had children cited climate change as one of the reasons.

Research indicates that having one less child is perhaps the most important way to reduce our carbon footprint, and while Knight doesn’t like to impose his ideas on people, he likes to think that some humans don’t exist thanks to his efforts.