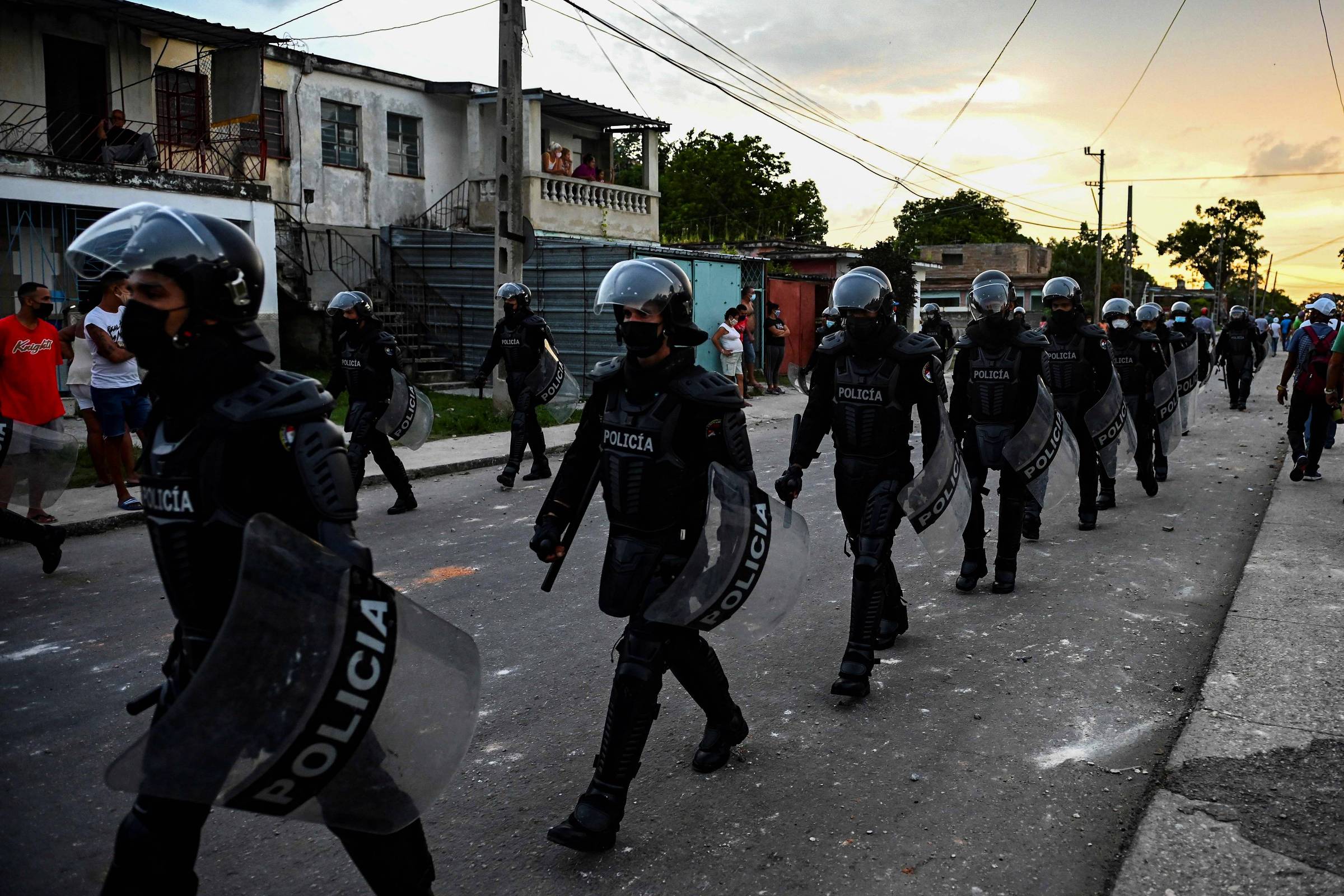 Amidst the progress of the trials of activists arrested in the demonstrations of July 11 of last year, this Thursday (1st) marks the beginning of the validity of the new Cuban Penal Code, approved unanimously by the National Assembly of Popular Power in May —the rule will apply to offenses committed from now on.

The regime considers that the regulation modernizes the one that prevailed until now. In fact, there are occasional advances such as the classification of crimes of domestic violence based on gender or racial discrimination. Most of the changes, however, are aimed at limiting popular protests and restricting foreign funding for NGOs and independent media, as well as regulating online activities by establishing criminal categories for digital offences.

The text also increases, from 20 to 24, the number of crimes that can be punished with the death penalty —a punishment that, despite being provided for in the current Code, has not been applied since 2003; most of them are related to attacks on the state.

There are also more numerous (31, compared to 25) cases in which there may be a sentence of life imprisonment. Sanctions for those who help finance actions that affect the State —a definition that, at the limit, can include sponsoring a website critical of the regime or helping an artistic NGO— can reach up to ten years in prison.

“It’s a medieval Penal Code, which further criminalizes political activism and any form of dissent in society”, he tells the Sheet writer and activist Marta María Ramírez, who lives in exile in Germany. “It will mean more repression — and also more fear of going out to protest. Just by reading the text we already know what political system we are in. And it gives the impression that, if we are already a dictatorship now, we could soon pass to a bloody dictatorship. “

At the same time that the new Penal Code enters into force, the trials of prisoners in the demonstrations against the regime of what became known as 11J have entered the final stage. There were at least 1,470 arrests related to the protests, and according to the Attorney General’s Office, 700 people have already been prosecuted.

The call for similar demonstrations months later ended up frustrated precisely in the midst of an intense siege by the regime – not to mention that many opponents left for exile.

Jonathan Torres Farrat, who was 17 at the time of the demonstrations, was arrested for taking to the streets with some friends. Six months ago, they allowed him to respond to the process in freedom. “My son just went out screaming about things he read on the internet. He wasn’t armed, he didn’t get into trouble, he didn’t commit acts of vandalism. Even so, they ask for eight years in prison”, he says to Sheet Barbara Farrat, his mother, with whom he is today, in Havana.

The prosecution alleges that Jonathan committed attacks against public order. For Barbara, in addition to being unfair, the judgments are partial. “The revolutionaries who [o líder do regime, Miguel] Díaz-Canel called to take to the streets and help with the repression, they are not being judged,” he says, referring to reports of abuses in the dispersion of the acts.

Along with a group of other family members of detainees, Barbara tries to ensure that videos taken on cell phones are not used as the only evidence of crimes. “In many cases, it is not possible to clearly see who is throwing a stone or attacking something. These are quick images, of poor quality. They should, at the very least, cross-reference this evidence with other evidence.”

The entry into force of the Penal Code and the anguish surrounding the repression and trial of those arrested on 11J heightened peaks of dissatisfaction among Cubans with the regime —also reflected, for example, in the energy crisis that hit the island.

In two recent votes (the referendum on the Family Code, which, among other things, legalized gay marriage, and last Sunday’s municipal elections), turnout was considered low by Cuba’s standards —because it is a dictatorship, failing to Voting can lead to punishments that complicate citizens’ lives, from restrictions on children’s education to access to medication.

In the referendum, the turnout was 78% of those qualified and in the regional election, 68.58%. “In the conditions in which people live, not voting is an important form of protest. It’s like demonstrating, but with your arms down, silently. We still don’t know what consequences this will have, but dissatisfaction with the regime has not ended with the repression of 11J”, says Ramírez.