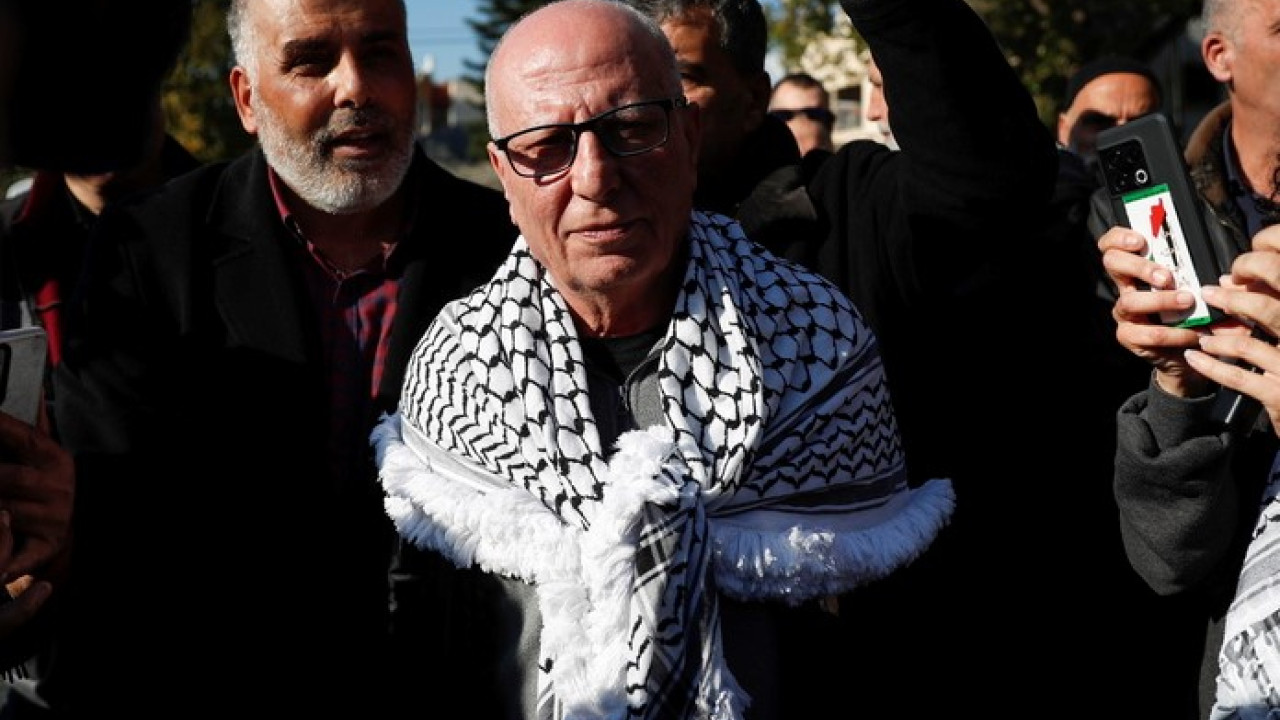 Israel: Palestinian released after 40 years – The oldest prisoner in the country

Karim Younis, 64, spent 40 years in prison for killing a soldier, the longest anyone has been held in an Israeli prison

An Israeli Arab, Karim Younis, who was held in an Israeli prison for 40 years for killing a soldier, was released today and received by a large crowd in his hometown of Ara in the north of the country.

Younis, 64, had become an icon among Palestinians as he spent 40 years in prison, the longest anyone has been held in an Israeli prison, according to Palestinian sources.

Younis was released today from Hadarim prison. He was arrested in 1983 along with his cousin Maher Younis for the murder of soldier Abraham Bromberg, who was hitchhiking in the Golan Heights, an area of ​​Syria annexed by Israel.

He was originally sentenced to death, but his sentence was commuted first to life and then to 40 years in prison.

Younis, with a Palestinian headscarf on his back and holding a Palestinian flag, was welcomed by his relatives and hundreds of people in Ara.

Israeli Arabs are descendants of Palestinians who stayed on their land after the establishment of the state of Israel in 1948. They make up 20% of the country’s population.

“Every prisoner’s story is the story of an entire people and I am proud to be among those who sacrificed for Palestine,” he said, a member of Palestinian President Mahmoud Abbas’s Fatah party.

On Tuesday, Israel’s new interior minister, Aryeh Deri, said he wanted to strip the two siblings of their Israeli citizenship, which is illegal in Israel.

“Israeli citizenship is a privilege. “An Israeli citizen cannot have an Israeli identity card in one hand and murder a soldier with the other,” Deri said.

“We cannot think that these people will continue to have Israeli citizenship. The removal of citizenship will be an important message to those who have been reduced to symbols for their terrorist acts,” he added.

Karin Younis has no other nationality, explained his lawyer Hayd Kasem.

Younis was among a group of Palestinian prisoners who should have been freed in 2013 as part of Israeli-Palestinian peace talks sponsored by then-US Secretary of State John Kerry, but Israel ultimately refused to release them and subsequently suspended the conversations.

In 2017, he was appointed a member of the Central Committee of Fatah.

Facebook
Twitter
Pinterest
WhatsApp
Previous article
Xanthos: We made a wrong choice in the pricing architecture – Why has ND not changed it 3.5 years later?
Next article
Britain: 2022 was the hottest year on record