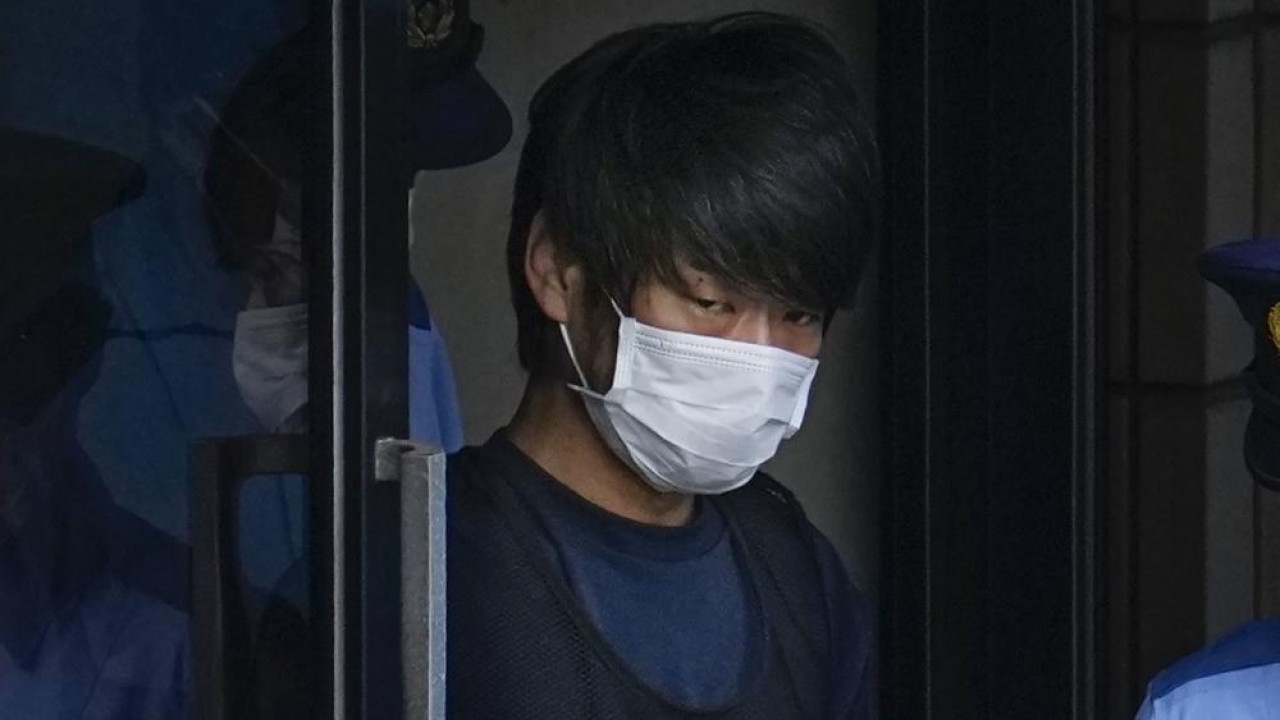 Tetsuya Yamagami, 42, was arrested shortly after the killing in Nara (western Japan), where the former prime minister was assassinated while giving a speech at an outdoor election rally.

Japanese prosecutors charged, today Friday, the suspect for the murder of the former prime minister Shinzo Abe last July, as the suspect was deemed fit to stand trial after being examined by psychiatrists.

Tetsuya Yamagami, 42, was arrested immediately after the murder in Nara (western Japan), where the former prime minister was assassinated while giving a speech at an outdoor election rally.

“He was charged today” with “murder and violation of the law” on arms control, a Nara court spokesman told AFP, confirming reports by the Yomiuri newspaper and Kyodo news agency.

Yamagami he is in danger of being sentenced to deathif found guilty.

Earlier this week, Japanese television networks broadcast images of him being transported to Nara police station from a detention center in neighboring Osaka, where he has spent the past five months being examined for mental health.

Shinzo Abe, Japan’s prime minister from 2006-2007 and 2012-2020, was targeted by Yamagami for his alleged ties to the Moon sect, also known as the Unification Church.

The suspect wanted to take revenge on this organization, to which his mother had made very large donations in the past, leading to the destruction of their family.

According to local media, his psychiatric examination concerned his relationship with his mother and his family environment.

Abe’s killing sparked a series of revelations about the religious group’s ties to numerous elected Japanese officials and contributed to a decline since last summer in the popularity of the government of Fumio Kishida, president of the conservative Liberal Democratic Party, which, like Abe before him.

Kishida ordered a government investigation, which may lead to an order to disband the Moon Sect under Japan’s Religious Organizations Act. The order would see the organization lose its tax exemptions, but would not require it to end its operations.

Facebook
Twitter
Pinterest
WhatsApp
Previous article
The last details for the funeral of the former king – What will happen with the pilgrimage – Which officials are coming to Greece
Next article
Cavusoglu threatens Sweden: Remove the PKK “mine” or you will not join NATO