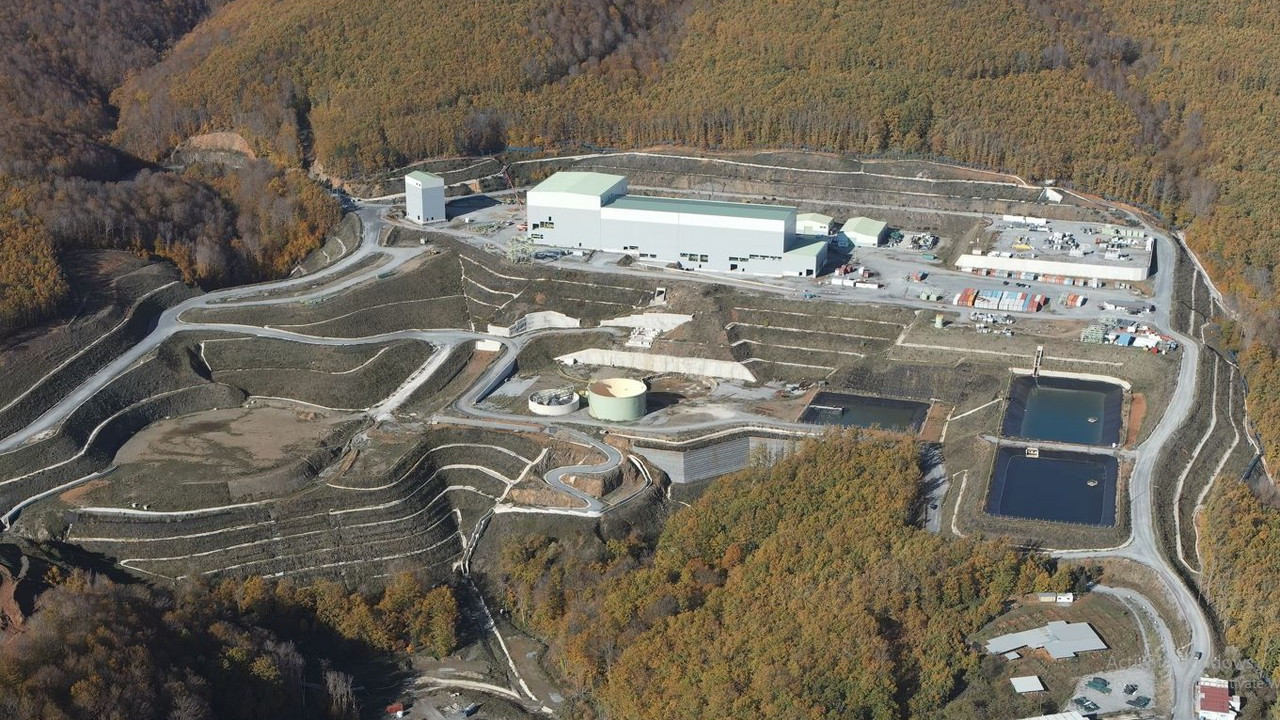 The next stage is the implementation of its investment plan Greek Gold in BA Halkidiki for a total amount of 3 billion euros, after the completion of the agreement for the financing of Skouria and the taking of the final investment decision by the Board of Directors of Eldorado Gold.

This is an important step towards the full development of one of the most emblematic investments in Greece, which will bring multiple benefits both at the national and local level. Specifically, the company concluded a loan agreement, amounting to 680 million euros, with the National Bank and the Piraeus Bank.

These developments mark the completion of two important milestones that will pave the way for Hellinikon Chrysos to begin construction of the new state-of-the-art Skourion mine. According to George BurnsPresident and CEO of Eldorado Gold, production is expected to first begin within the second half of 2025 and increase further thereafter as the Skouries facilities are optimized.

In the same context, the Vice President of Greece of Eldorado Gold and President of Ellinikos Chrysos Christos Balaskas he emphasized: “We have taken two very big steps that allow us to move decisively towards our final goal, which is the full start of Skouria’s production operation. I want to thank the Board of Directors of Eldorado Gold for approving the investment decision, as well as all the employees of Hellinikons Chrysos for their contribution to this effort.”

It is reminded that there is one in Skouries world-class porphyritic gold-copper deposit which during its total lifetime – about 20 years – is projected to have an average annual production of 140,000 ounces of gold and 67 million pounds of copper. Today, the project is about half built, with most of the electromechanical ore processing equipment already installed. The Project will be constructed and operated with the highest environmental standards, in accordance with the Environmental and Social Impact Study (ESIA) prepared by Greek Gold and recently put into open consultation.

The Skouria project will significantly boost employment, as it is expected to be created over a period of approximately 25 years 1,400 stable and well-paid jobs and about them 800 additional jobs during the construction project. The full development of the Kassandra Mines will create a total 5,000 direct and indirect jobs, while it will contribute tax revenues of more than 2 billion dollars for the Greek State from taxes and contributions and above $4 billion in estimated market value to Greek suppliers. The social footprint of the investment will also be positive, as during the lifetime of the mines they will be invested $80 million in corporate responsibility programs for the development of programs and the implementation of development projects that will exclusively benefit the local economy.

It is particularly important that this development creates the appropriate conditions for further development of the Greek economy. This, because Skouries are one strategic investment projectwhich will constitute a new source of supply for European industry and will contribute to the self-sufficiency and resilience of the European supply chain in critical raw materials, such as copper, an essential metal for the green transition.

The strategic importance of the project is also confirmed by the ongoing one new European legislative initiative on Mineral Raw Materials (Critical Raw Materials Act), with which the implementation of projects such as Hellinikon Chrysos will be prioritized. This initiative marks an important milestone for the European raw materials sector, as it aims to strengthen, on the one hand, the EU value chain — through the identification of projects of European strategic interest for mineral resources and critical raw materials with high environmental protection — and, on the other hand, external EU policies on critical raw materials.

Facebook
Twitter
Pinterest
WhatsApp
Previous article
Gaga: Because this year we have a very heavy flu season, we said that people should be vaccinated without a doctor’s prescription
Next article
Ukraine: Metro and water supply restored in Kyiv after Russian attacks