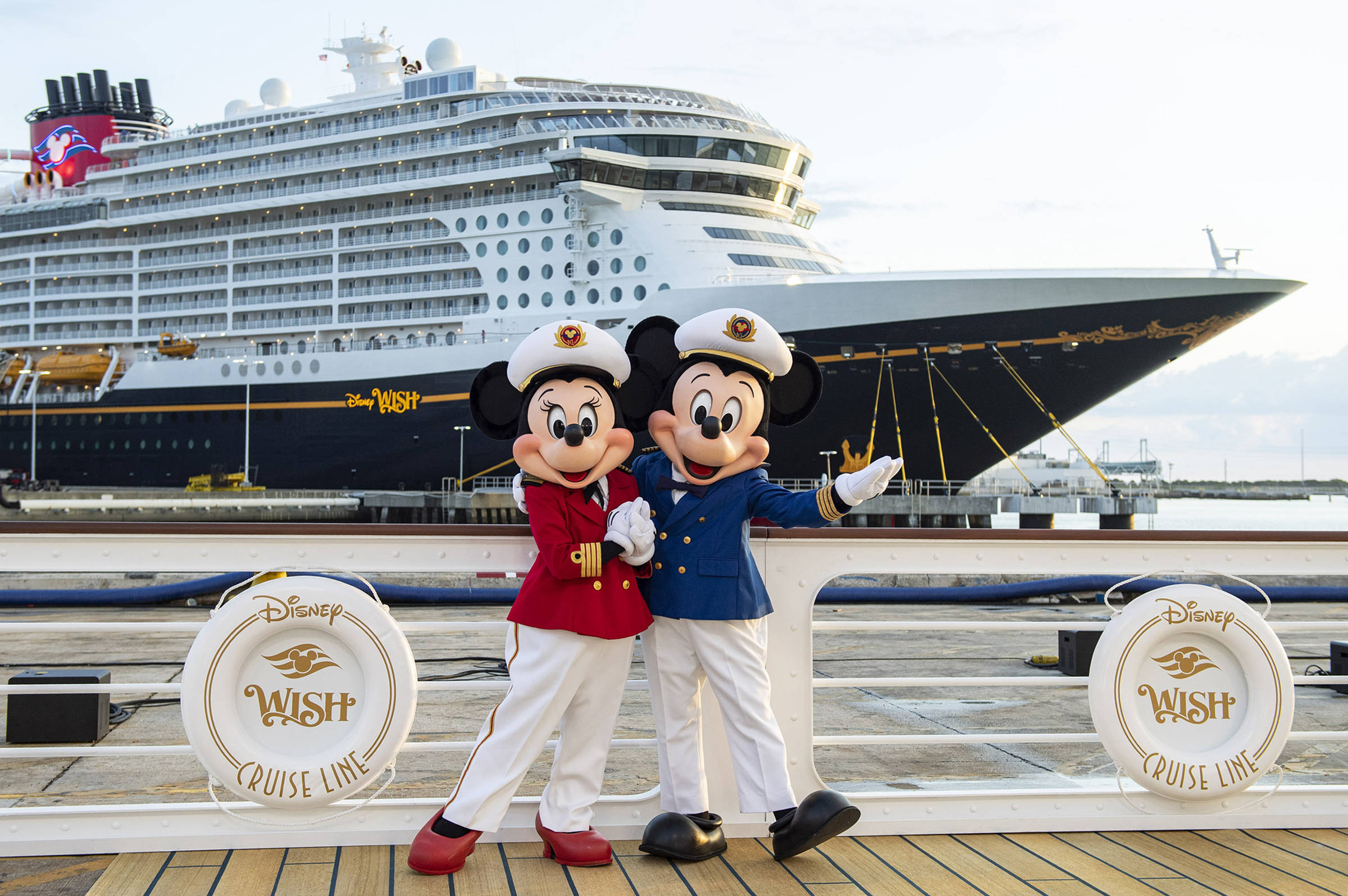 Crossing the passage that separates the harbor from the interior of a Disney cruise ship is like saying goodbye to reality. It’s not difficult to say goodbye to everyday life when Cinderella herself, next to Prince Charming, welcomes you from the top of her balcony. From the speakers, she echoes a voice that welcomes passengers with phrases like “Welcome, ‘so-and-so’ and family”.

This is how tourists arrive on Disney Wish — the fifth and newest ship in the Disney Cruise Line fleet — which made its first official voyage on July 14 and has since held three- and four-night cruises, with stops in the Bahamas. Embarkation takes place at Port Canaveral, about an hour from Disney World, Florida.

The basic three-night package for two people starts at US$1,744 (about R$9,402), and is available via tour operators. The price includes meals, non-alcoholic beverages and access to most of the programming. However, spa services, meals at adults-only restaurants, alcoholic beverages and internet access are some of the things that must be paid for separately.

With 12 floors, the ship has the capacity to accommodate 4,000 passengers, in addition to its 1,555 crew members — yes, the vessel is huge and does not skimp on details to entertain.

The proposal is to promote an immersion in the Disney universe, which includes Pixar, Marvel and Star Wars. You can play at being a mercenary on an intergalactic mission while having a drink in the Star Wars-inspired Hyperspace Lounge.

Or attend Anna and Kristoff’s engagement dinner at Arendelle, a restaurant based on “Frozen.” Don’t even think about trying to escape the game: the runners play non-stop soundtracks from the movies. It’s also not difficult to bump into Mickey, Goofy, Donald and Minnie.

But not everything needs to be done as a family. Children and teenagers can spend their time in special rooms, divided according to age group, with activities and monitors. The little ones up to 12 years old play at the Oceaneer Club, while the older ones are divided between the Edge (11 to 14 years old) and the Vibe (14 to 17 years old).

On the other hand, mothers, fathers and other adults on a walk without children find peace in environments such as Quiet Cove, with a different trail and drinks by the infinity pool.

It is also possible to participate in whiskey tastings, go to the spa and eat at an exclusive restaurant for grown-ups, such as the Italian Palo Steakhouse and the Enchanté, which is signed by the starred French chef Arnaud Lallement.

In the other houses, included in the package, you can eat all you want. On the 12th floor, the choice is between Marceline Market, with a variety of food stations for breakfast and lunch, and Mickey’s crew counters, closer to the pool, offering ice cream cones, hamburgers, pasta and tacos.

The main restaurants are reserved for the evening. In addition to Arandelle, there is also the Worlds of Marvel – which promotes a dinner with the participation of Ant-Man and the Wasp Woman – and the 1923, inspired by Walt Disney.

Despite the distractions of the shows, it is possible, yes, to eat well at each of them.

The nights also include activities in clubs and parties on the deck, such as the Pirate’s Rockin’ Parlay Party, with a fireworks show at sea. Wish’s itinerary is the same as the other cruises of the brand, with stops in the Bahamas, Nassau and Castaway Cay. It is not mandatory to go down — there are those who prefer to stay on the boat to enjoy it more peacefully.

Owned by Disney, Castaway Cay is an island with soft sandy beaches and warm waters. A walkway with shops and thematic decoration make the space an extension of the cruise on dry land.

The liveliest can also go on trips, for a fee, like jet skiing or diving sessions — and, with luck, bump into underwater surprises, like a statue of Prince Eric from “The Little Mermaid.”

It is really difficult to face the airport queues with their bureaucratic procedures on the journey back to reality.

Facebook
Twitter
Pinterest
WhatsApp
Previous article
Estremoz is a chance to get to know ‘root’ Portugal and drink good wines
Next article
Richarlison for racist attack: “The fan should be punished and a lesson for everyone”