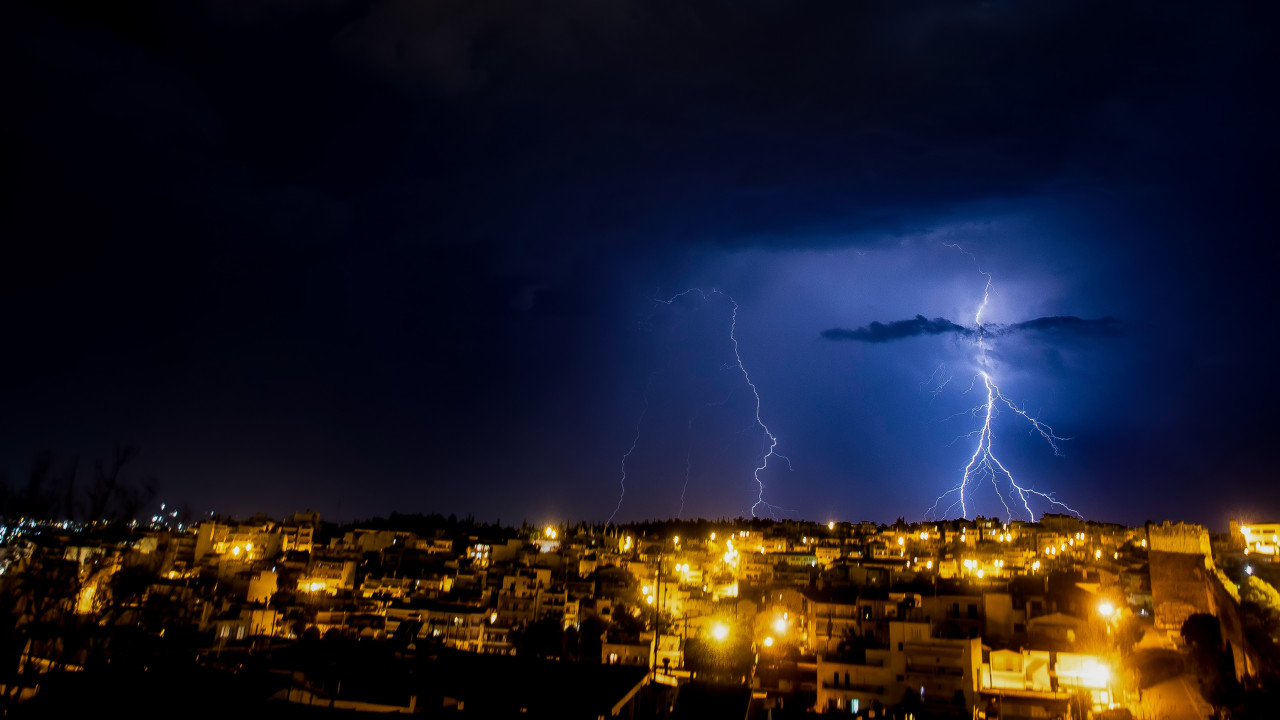 When and where severe weather will hit EVA – Protection instructions

Recommendations to citizens to be especially careful, ensuring that self-protection measures are taken against risks arising from the occurrence of severe weather phenomena, the General Secretariat of Civil Protection addresses

Recommendations to the citizens to be especially careful, taking care to take self-protection measures from risks arising from the occurrence of intense weather phenomena, the General Secretariat of Civil Protection addresses in view of the bad weather called “EVA” and will cause a deterioration of the weather in almost the entire country .

When and where will EVA strike?

It is noted that according to the Emergency Weather Bulletin issued today by the National Meteorological Service (NMES), a severe weather system named “EVA” is creating a barometric low in northern Italy on Friday, which will move southeast and cause worsening weather almost all over the country.

From the morning of Saturday (05-11-2022) until the evening hours of Sunday (06-11-2022) dangerous weather phenomena will occur in places, the main characteristics of which will be high levels of rainlocally the high speeds and the high frequency of lightning.

Saturday (05-11-2022) the strong and locally dangerous weather phenomena will affect:
a) from the morning the northern Ionian and Epirus,
b) from noon the southern Ionian, the western Sterea and the western Peloponnese,
c) from the evening the phenomena will extend to eastern Peloponnese, central Sterea, eastern Thessaly, western and central Macedonia and,
d) during the night the eastern Sterea (including Attica), all of Thessaly and Evia.

On Sunday (06-11-2022) heavy rains and storms will occur: a) until noon in the Ionian,
b) until the afternoon on the mainland (except Thrace),
c) from the morning hours in the Cyclades, Crete and the Sporades
and
d) from noon in the Dodecanese

It is noted that the phenomena will be particularly intense in places in western and central Macedonia, eastern Thessaly and
the Sporades.

Citizens can be updated daily on the development of extraordinary weather phenomena in the regular weather reports of EMY and on the website of EMY at the online address www.emy.gr.

In particular, in areas where heavy rains, storms or gale-force winds are predicted, the Public Health Service recommends that citizens:

* To secure objects which, if carried away by severe weather conditions, may cause damage or injury.

* To make sure that the gutters and downspouts of the houses are not blocked and are working properly.

* Avoid crossing torrents and streams, on foot or by vehicle, during storms and rainfall, but also for several hours after the end of their event.

* Take shelter immediately during a hailstorm. Take shelter in a building or car and do not leave the safe area until they are sure the storm has passed. Hail can be very dangerous for animals too.

* Avoid passing under large trees, under posted signs and in general areas where light objects (e.g. pots, broken glass, etc.) can become detached and fall to the ground (e.g. under balconies ).

* To faithfully follow the instructions of the local authorities, such as Traffic, etc.

* Do not hold electrical appliances or the telephone as lightning can pass through the wires. Disconnect the TV sets from the antenna and the power supply.

* Avoid touching plumbing pipes (kitchen, bathroom) as they are good conductors of electricity.

* Park it on the side of the road and away from trees that might fall on it.

* Stay inside and turn on your stop warning lights (emergency lights) until the storm clears.

* Close the windows and do not touch metal objects.

– If you are outside:

* Take refuge in a building or car or sit on the ground immediately without lying down.

* Take cover under solid branches of low trees in case you are in a forest.

* Never take shelter under a tall tree in an open area.

* Avoid low lands for the risk of flooding.

* Do not stand next to utility poles, power lines, telephone lines and fences.

* Stay away from rivers, lakes or other bodies of water.

* If you are in the sea, get out immediately.

* If you are isolated on a flat surface and feel your hair stand on end (indicating that lightning is about to strike), sit deep with your head between your legs (to minimize your body surface and contact with ground) by throwing the metal objects you have on you.

The operational plan for dealing with risks is in place

At the same time, the operational plan is being implemented to deal with risks from the occurrence of floods, as well as their accompanying phenomena, while the Fire Services of the areas where the phenomena are expected to occur, have been placed in a state of increased readiness and further escalation if required, in order to any problems are dealt with immediately.

Read more: Warning for dangerous weather phenomena in Crete due to the arrival of bad weather EVA

The General Secretariat of Civil Protection (www.civilprotection.gr) of the Ministry of Climate Crisis & Civil Protection, has informed the competent government agencies involved, as well as the regions and municipalities of the country, so that they are on increased civil protection readiness, in order to face directly the effects of the occurrence of intense weather phenomena.

For information and announcements regarding the prevailing situation and the passability of the road network due to the inflow of flood waters, citizens can visit the EL.AS website. www.astynomia.gr.

For more information and self-protection instructions from severe weather, citizens can visit the website of the General Secretariat of Civil Protection at www.civilprotection.gr.

The Deputy Minister of the Interior Stelios Petsas is asking the local authorities to be more prepared to deal with the upcoming “EVA” bad weather.

In his letter to the municipalities and regions of the country, Mr. Petsas refers to the announcements of the National Meteorological Service (EMS) and the Ministry of Climate Crisis and Civil Protection, according to which a worsening of the weather is expected in almost the entire country from Saturday morning until Sunday evening, with occurrence of dangerous weather phenomena in places.

Based on these data, the representatives of the Local Government are asked to implement the planned plans for increased preparedness of civil protection and to take care immediately, especially for the cleaning of the wells, as well as for the timely removal of waste and other objects in the neighborhoods.

“Always with the aim of standing responsibly next to every citizen and utilizing the synergies of the civil protection mechanism of the Central State and the Local Government, let us promptly do what is necessary in order to deal with this extraordinary bad weather”, concludes the deputy in his letter Minister of the Interior.