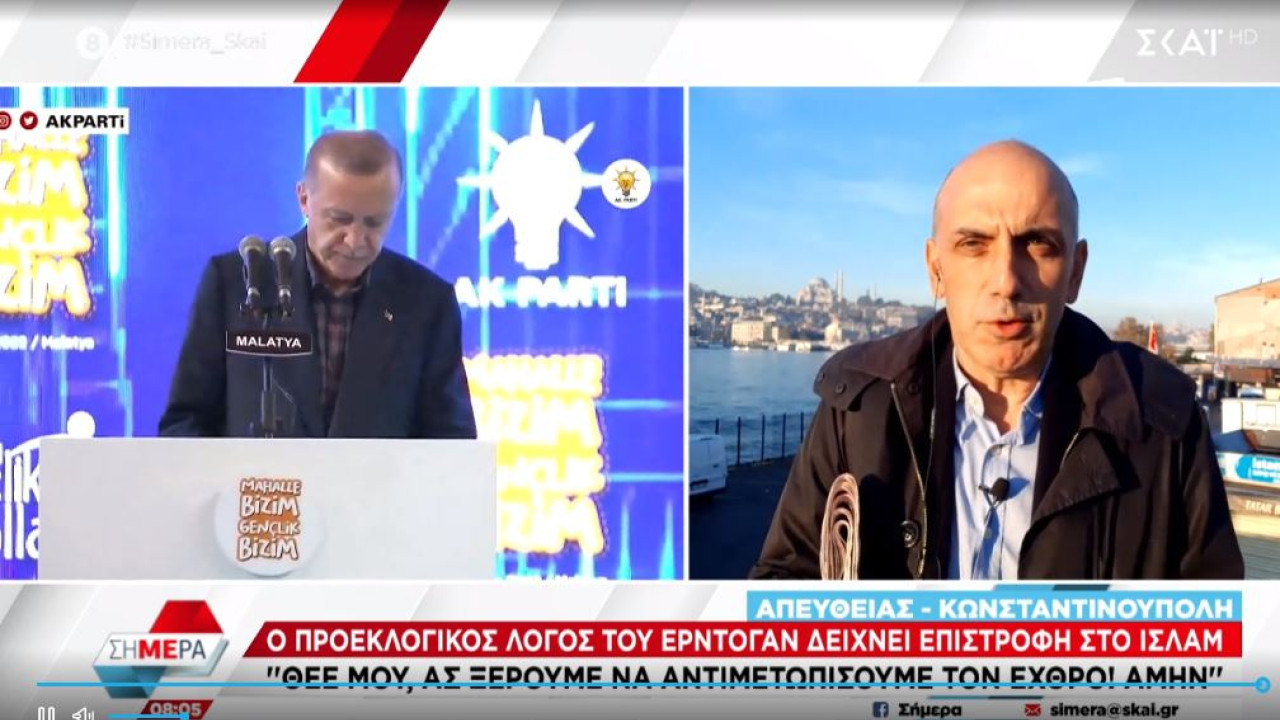 Erdogan returns to Islam before the election: “My God, let us know how to face the enemy!”

The Turkish president, Recep Tayyip Erdogan, is returning to Islam in his campaign speeches, with constant appeals to God. ”

With a return to Islam, Turkish President Recep Tayyip Erdogan is heading for the elections.

Full of invocations to the divine was a speech of the Turkish president, which was more reminiscent of a prayer, with the people watching him responding to every abomination of his speech with “amen”.

As broadcast from Istanbul, the correspondent of SKAI in Istanbul, Manolis Kostidis, Erdogan said: “God, do not leave without a hero your people who were waiting for a hero. God, let us know how to face the enemy, do not deprive us of our lives. On the roads of tomorrow, don’t leave the years without the month of Ramadan.

» O God, either disperse your flock or do not leave it without its shepherd. God, don’t leave us without love, water, air, country. Don’t leave our Muslim homeland without a Muslim.

After the ballistic missile in Turkey, they are also discussing weapons with nuclear warheads.

“Tayfun is a response to hostile countries. Nuclear warheads will be a deterrent,” say analysts.

THE Abdullah Agar, a strategic analyst, told A Haber: “With this particular missile, as you show on this particular map, we will have a great deterrent force against countries that harass us or show hostile behavior. They will know what they are going through.”

He added that “Tayfun will make those who show aggressive behavior pay a price. It is a strategically important deterrent weapon and increases Turkey’s geopolitical position. To say the following, this was the first test, maybe later Turkey will be able to start the production of missiles with a longer range and I hope we will acquire capabilities with nuclear warheads as well. Then Turkey will acquire the nuclear deterrence capability that few countries in the world possess.”

Facebook
Twitter
Pinterest
WhatsApp
Previous article
The 38-year-old woman who threw caustic liquid on her estranged husband is expected to be handed over today
Next article
Livaditis: The impressive waterfall of Xanthi – Watch video