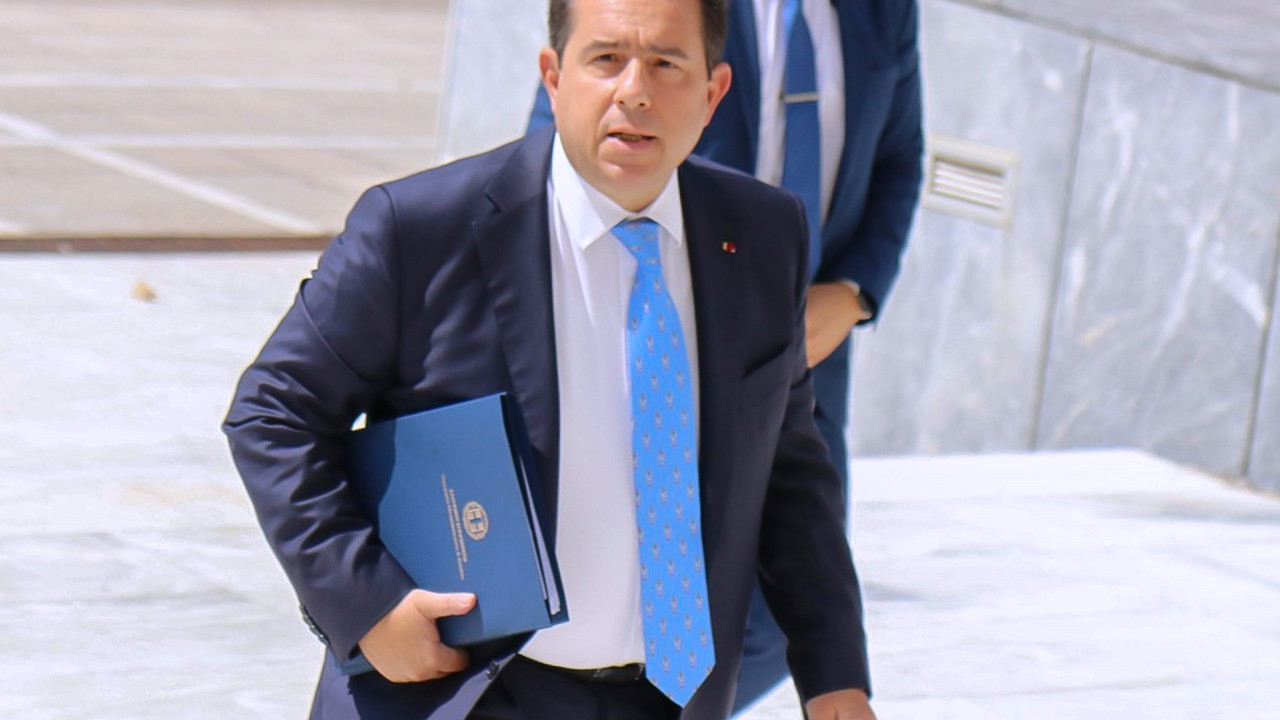 The Minister of Immigration and Asylum hosted an official dinner at the Greek Embassy in Rome in honor of the Italian Minister of the Interior, Matteo Piandendozzi.

The Minister of Immigration and Asylum Notis Mitarakis hosted an official dinner at the Greek Embassy in Rome in honor of the Italian Minister of the Interior Matteo Piandentozzi. Their first meeting was an opportunity to discuss the latest developments concerning immigration. Italy and Greece belong to the MED5 group of countries (Greece, Spain, Italy, Cyprus, Malta) and have a continuous exchange of views on migration policy in the Mediterranean Sea.

In his statements to APE-MPE, referring to the results of the discussion with Matteo Piandendozi, Mr. Mitarakis emphasized:

“I wished the Italian interior minister good luck in the very difficult role he has taken on. The first receiving countries, the MED5, we must find solutions within the European framework, to reduce the total flows to the European Union, but also to find forced solidarity procedures. Immigration is a problem that has disproportionately affected the countries of first reception, it is finally time for Europe to find common European solutions, within the framework of the new Pact for the fair distribution of immigration burdens”.

In relation to migration flows, Notis Mitarakis noted: “There are issues that need to be resolved. We discussed the situation in the Mediterranean. I think we are confusing two international agreements: the Agreement for the Protection of Human Life at Sea, with the Asylum Agreement. Rescue is one thing and the asylum process is another. Unfortunately, in recent years they have become a single issue and that is why it creates the dysfunctions that we see today, the problem that Italy is facing.”

Read more: Mitarakis to NATO: We publicly call on Turkey to prevent illegal departures from its shores

Referring to the strategy that must be followed in a European context, the Minister of Migration and Asylum said to the Athenian-Macedonian News Agency: “Frontex, I think, must also operate at the European borders, but also beyond the European borders, to prevent illegal departures towards the European Union and, at the same time, cooperation is needed. As was the Joint Declaration of 2016 between Greece and Turkey, which unfortunately is not fully implemented today, as it should be. Accordingly, the European Union needs to reach agreements with countries of origin and especially with countries of transit, to prevent these dangerous, illegal departures from foreign states to the EU. And to have a single humanitarian visa strategy, a single legal immigration strategy, instead to allow smuggling rings to choose who comes to live in the European Union. In general, it also needs support from the countries of origin, such as Africa, Afghanistan, as is the situation in the Middle East. Europe must be more active in the international context, because, in the end, any crisis we cannot prevent will find us with migratory flows in Europe.”