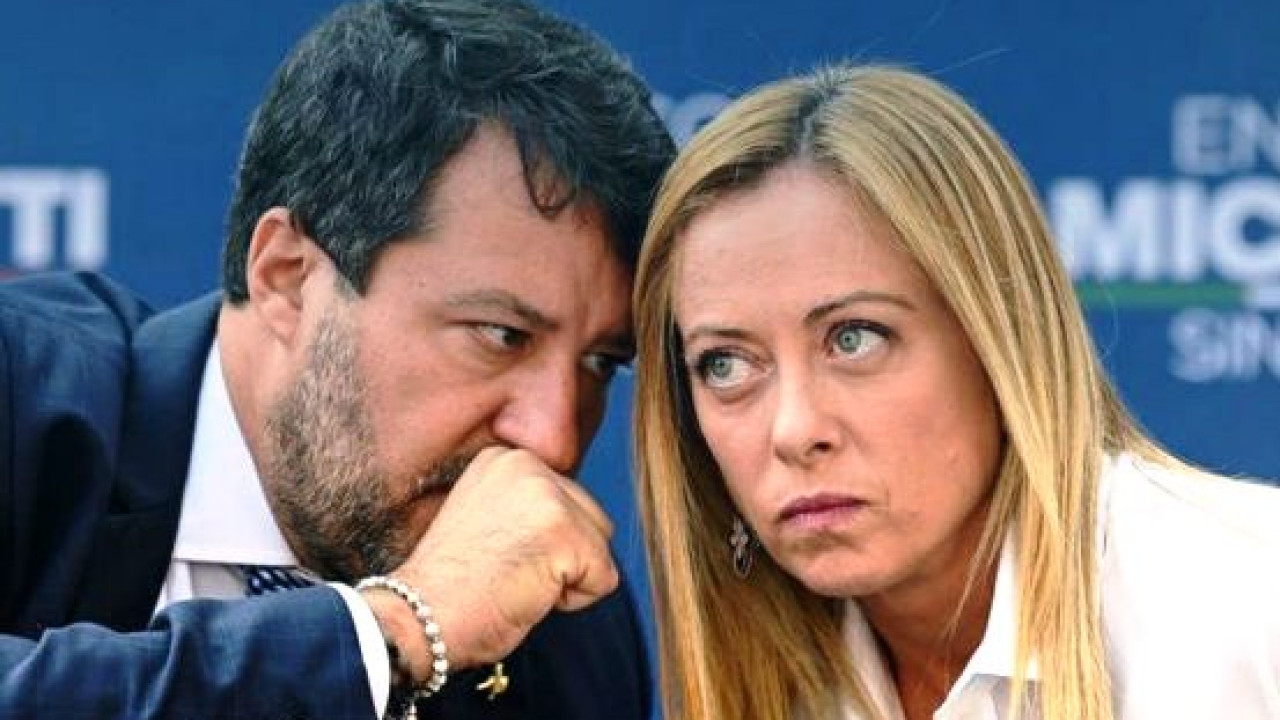 Italy: What is the stance of the far-right alliance towards Vladimir Putin?

The far-right party “Brothers of Italy” maintains a lead in opinion polls ahead of Sunday’s elections. One in three voters declares undecided.

Italy is preparing for the most crucial elections in decades. According to leaks from polling companies (the publication of gallop polls is prohibited in the last two weeks before the ballot), the far-right “Brothers of Italy”, headed by Giorgia Meloni, are increasing their percentages, reaching 26% to 27%. Which means that it is considered more than likely that it can be the first party in the next Parliament, but also in the Senate. According to these figures, their allies are in a difficult position: Matteo Salvini’s League and Silvio Berlusconi’s Forza Italia may not exceed, in total, 20%. In the event that a new government is formed by the conservative alliance, they are expected to be at a disadvantage compared to Meloni’s party.

The big question is whether Italy’s attitude will change in the European and international scene after Sunday’s elections. The “Brothers of Italy” are in favor of supporting Ukraine. The League, however, insists that dialogue should immediately prevail. Berlusconi declares himself an “Atlanticist”, but wants to open channels of communication with Putin.

Tonight, in Rome’s People’s Square, Piazza del Popolo, the alliance of the Right and the Far Right concludes, with a massive gathering, its election campaign. Tomorrow, the secretary of the center-left Democratic Party, Enrico Leta, will speak at the same venue.

“Support me so that Italy’s first female prime minister can be elected,” insists Giorgia Meloni. “Being a woman, in itself, doesn’t mean anything. Because the patriarchal model continues to express you”, Enrico Leta answers her. Italian parties still have a day and a half to convince the undecided. Almost a third, that is, of citizens with the right to vote.

The main role is expected to be played by the positions of the parties regarding the developments in Russia, because in Italy in the last few hours the concern caused by Vladimir Putin’s threats of a nuclear attack is growing more and more.

Facebook
Twitter
Pinterest
WhatsApp
Previous article
Wall Street: Wall Street continues to decline in the aftermath of the Fed
Next article
Meet Shindo Michihiko, a Japanese man who makes one of the most disputed ramen in SP by himself