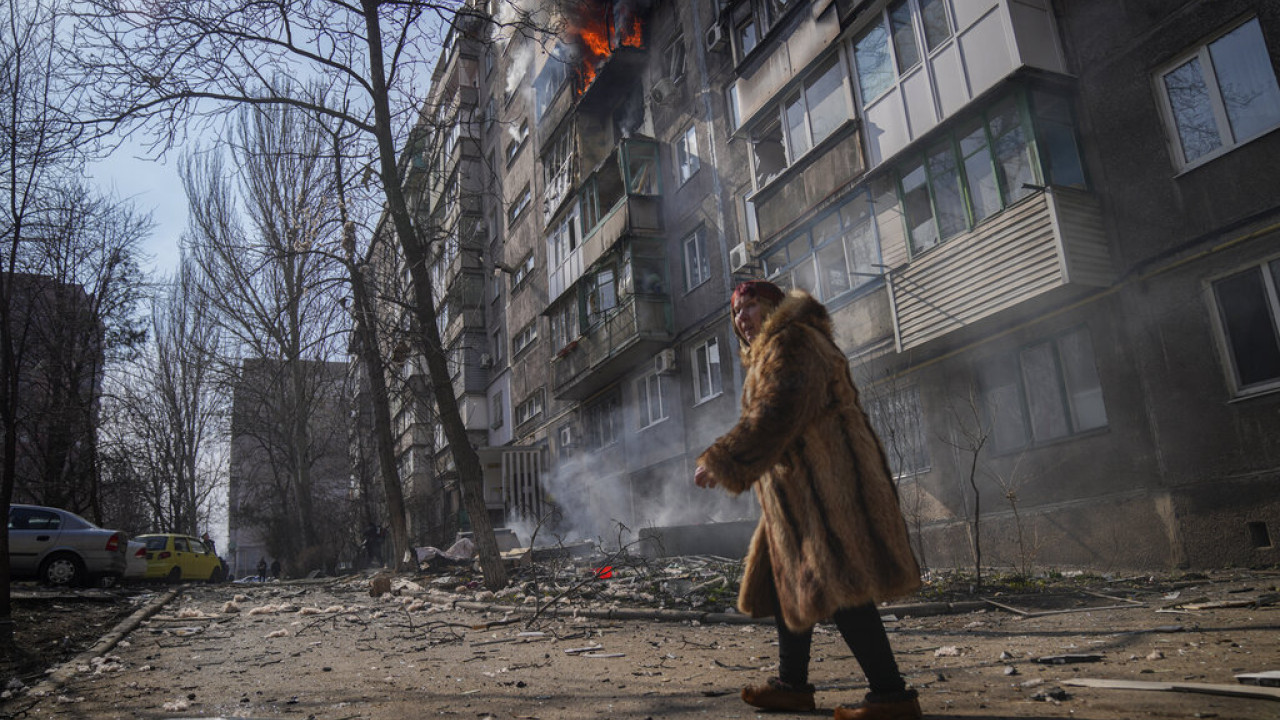 The two fronts of Ukraine, the nuclear exercises and the (imaginary) winners

The geopolitical confrontation is now red hot and against this background NATO and Russia are preparing, separately, for the planned exercises of their strategic nuclear forces

The war of announcements with news from the Ukraine front continued this weekend. On the one hand, the Russians who announcedthe push back of Ukrainian forces in Donetsk, Kherson and Mykolayiv and on the other hand, the Ukrainians who announced that the city Bahamut remains under their control. How many winners fit in a war?

The situation in the east remains critical. The Ukrainian president himself admitted it in his speech on Saturday, Volodymyr Zelensky. “The fighting continues in various areas of the front. The situation remains very difficult in the regions of Donetsk and Lugasnk”, he emphasized, adding that “the greatest difficulties are located in the direction of the city of Bakhmut”. The Ukrainian army may hold its positions at this key point on the map within the wider Donbass industrial zone but Russian armed forces are pushing into the area and targeting the city leading to Sloviansk and Kramatorsk. At the same time, the Russian Ministry of Defense announces that the bombing of Ukrainian military and energy targets has continued, with the Ukrainian side notifying that at least 30 infrastructures have been affected in 24 hours in the whole country.

There are now two fronts in Ukraine. One concerns what is happening in the east and south of the country with the Ukrainian forces maintaining the “upper” hand and their offensive against the Russian forces continuing and the other concerns the energy mutilation of Ukraine which Moscow seems to be targeting by striking heating, electricity and water supply infrastructures. According to what the Ukrainian president said about a week ago, “the occupiers cannot face us on the battlefield”. However, the Russians did not remember Ukraine’s infrastructure after the Crimean bridge explosion for which Kiev still has not claimed responsibility. On the contrary, since February 24 they have been targeting energy installations again and again. On September 11, for example, they had struck thermoelectric plant in Kharkiv. Yesterday, the Ukrainian Prime Minister Dennis Schmihal announced that 4,000 installations had been restored, noting that Ukrainian citizens had voluntarily reduced their energy consumption by 10% across the country in recent days.

The real danger for Ukraine, they wrote Financial Times, is the destruction of Soviet-built central heating installations during the winter when the temperatures will be below zero as if they cannot be repaired immediately then their pipes will freeze and burst. At the same time, the newspaper noted that the factories in question need electricity to operate.

Kiev has announced that it expects advanced air defense systems within the month, and the Kremlin has stressed that NATO is de facto involved in the Ukraine war. In particular, the representative of the Kremlin made sure to underline that such a thing “requires our internal economic and other mobilization”, making it clear that “Kiev’s regime is different, NATO’s capabilities are different”. In this context of Moscow’s insistence on maintaining high tones against the West comes the leak from the British Ministry of Defense according to which Moscow cannot continue to produce advanced munitions at the same rate that it is depleting them.

Iran and the United States have also entered the game to put it in the frame as, according to Washington Post, Washington and NATO officials believe that Tehran is preparing to send ballistic missiles and drones to Russia. Today, European Union foreign ministers may consider imposing sanctions on Iran while discussing the issue of drone transfers in Moscow. The aim is to have at least one political agreement on the matter which will “pave” the way for the imposition of sanctions, later. For its part, Tehran denies that it supplies the Russian armed forces with unmanned aerial vehicles, while Ukraine has been complaining for a long time that there are attacks with Iranian Shahed-136 type drones and the Kremlin does not make any comment.

Early last night the White House National Security Adviser, Jake Sullivan He stressed that it was up to NATO allies and other responsible countries, including China and India, “to send a clear and decisive message to Russia that it should not entertain the use of nuclear weapons in this conflict.” The Russian president himself has already stated that “any direct conflict of NATO troops with Russia would lead to global catastrophe.”

For now, France is preparing to host at least 2,000 Ukrainian soldiers for the purpose of their education. Paris has already delivered 18 Caesar artillery units to Kiev with talks to send an additional six underway. At the same time, 9,000 Russian soldiers are arriving in Belarus as part of joint force deployment.

The geopolitical confrontation is now red hot and against this background NATO and Russia are preparing, separately, for the planned exercises of their strategic nuclear forces. Today it starts the annual NATO nuclear exercise “Steadfast Noon” – at least 625 miles from Russia, and probably within the month the annual Russian exercise Grom.