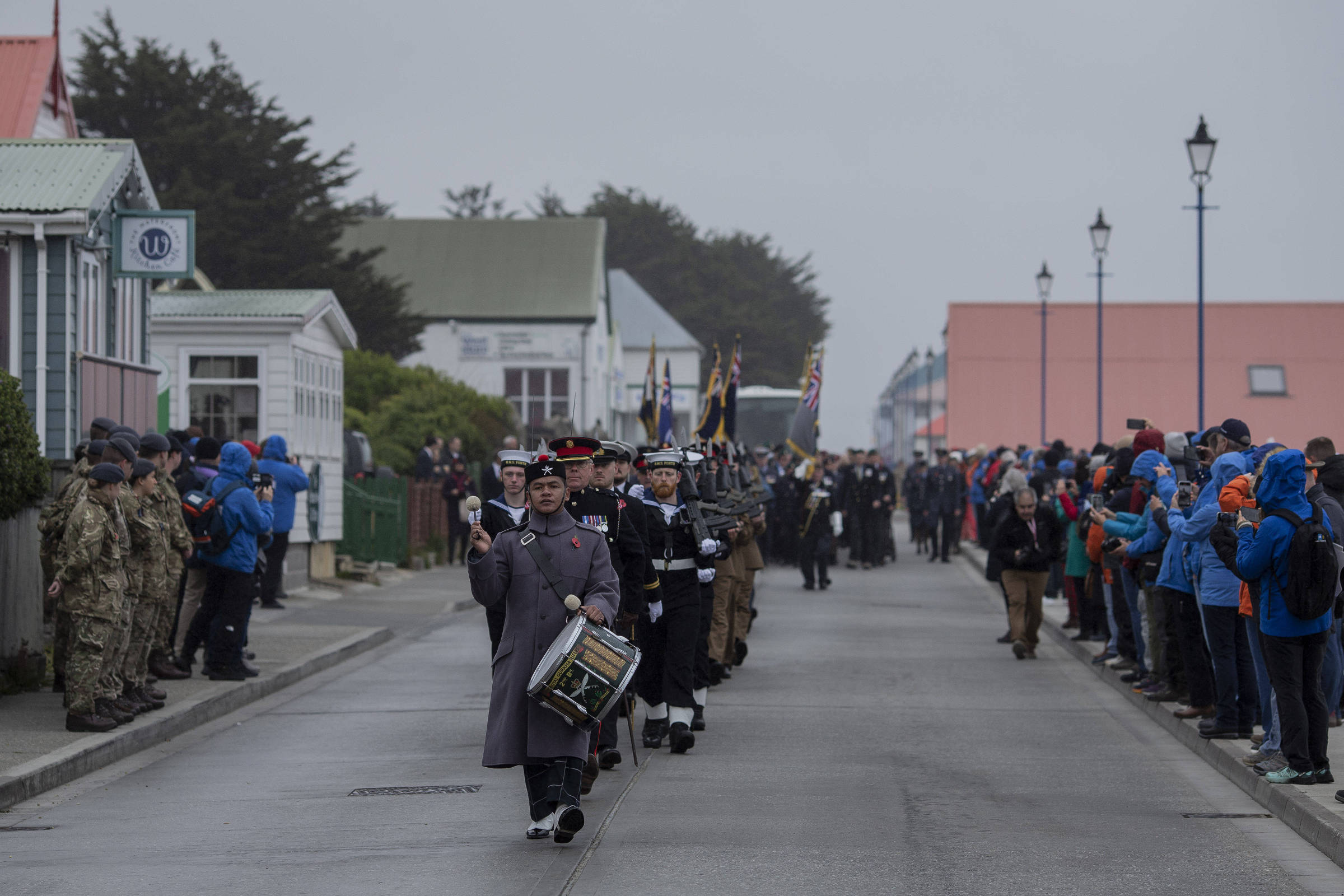 Forty years ago, Tony Heathman, 73, had a cattle and sheep farm just over 30 kilometers from Stanley, capital of the Falkland Islands. In that 1982, Argentine soldiers arrived in the archipelago —for them, the Malvinas— on a mission stamped with the patriotism sponsored by the dictatorship in growing disrepute, then led by General Leopoldo Galtieri.

Battles were fought from April to June and ended after Margaret Thatcher’s government sent troops to the site. After the surrender of Buenos Aires, the balance was 649 dead on the Argentine side and 255 on the British side. But the cause remains sensitive in the South American country.

Born in the archipelago, like his mother, Heathman has a scathing opinion about Argentina’s insistent claims for the sovereignty of the place: “Just leave us alone!” For the current owner of a tourism company, the insistence on the subject is irritating. “We don’t want to become part of Argentina, we want to live our own lives,” he says.

Self-determination is the main argument used by the UK and the islanders themselves to try to convince the international community to reject the Buenos Aires position. In 2013, 98% of the inhabitants voted in a referendum to remain a British territory. On the streets, the feeling is that Heathman’s vision is almost unanimous.

Faced with the Ukrainian War that broke out this year, the inhabitants of the Falklands added to the speech the example of the support received by Kiev after the invasion by Russia.

“We ask for nothing more than what Ukraine asks for,” says Roger Spink, a member of the local Legislative Assembly. “Argentines want to bring us back to a colonial state,” adds his parliamentary colleague Gavin Short.

Last month, a delegation of more than 100 former combatants and relatives of war victims visited the archipelago to commemorate the 40th anniversary of the war. They visited memorials and battle sites and paraded through Stanley on a cold, rainy Sunday morning.

Princess Anne, sister of King Charles III, also went to the islands to pay tribute to British soldiers killed in the conflict and attended a ceremony at the Liberation Memorial, which is how locals see London’s victory.

The UK government invited to the event, in addition to the country’s press, journalists from Chile, Argentina, Uruguay and Brazil (represented by Sheet), as part of an effort to seek support from the international community.

“In general — and the UN would agree, if you think about it — if people vote to belong to a government, they should belong to that government,” says Rear Admiral Jeremy Larken, who commanded British troops in the war and was a member of the November entourage.

Although they do not expect new Argentine incursions, the islanders believe that the insistence on claims of sovereignty politically and commercially isolates a region that is already geographically isolated. Government and residents believe that formal recognition of status as a British territory would generate opportunities to improve the lives of the 3,662 inhabitants, counted by the 2021 Census.

Food, clothing, appliances and other goods are brought mostly from England, 13,000 kilometers away. Uruguay, the only country in the region with which the Falklands maintain commercial relations, supplies some food products.

Diplomatic isolation hinders the flow of people, since there is only one commercial airline, which departs once a week from Punta Arenas, in Chile – two weekly flights depart from England, but operated by the Ministry of Defense.

A line between Guarulhos and Mount Pleasant military airport was started at the end of 2019, but suspended due to the pandemic and never resumed. Islanders blame Argentina for the loss of connection with Brazil, and Latam, which is facing financial difficulties, said there was no deadline for the route to return.

One of the expected consequences of the connection with São Paulo was an increase in the flow of leisure travelers, reducing dependence on fishing, which today accounts for 63% of the local GDP. Tourism is the third most important economic activity, but still very much based on cruises that go to Antarctica.

In the 2019/2020 season, for example, the islands received 1,900 tourists by plane, while 73,000 visitors arrived by ship. “The cruise tourist buys one or two meals and souvenirs, but the one who stays here stays in a hotel, eats all the meals of the day…”, compares the director of Policies for the local government, Amanda Curry Brown. “The challenge is international connectivity.”

She says that the government has been trying to resume flights to São Paulo, but there is a fear that the shift to the left by governments in the region will be yet another obstacle. With the victories of Gabriel Boric in Chile in 2021, Gustavo Petro in Colombia and Luiz Inácio Lula da Silva (PT) in Brazil in 2022, the expectation is that the countries will have greater alignment with the government of Alberto Fernández in Argentina —although, in crisis, Peronism will face a difficult succession next year.

“We’d like Lula to talk about our self-determination too”, says Spink, “It’s not an issue between Brits and Argentines. Everyone forgets that there are people here demanding their rights.”

The Falklands are today an overseas territory of the United Kingdom, but its inhabitants argue that the only dependency on the British is related to the defense capacity against a possible new offensive by Buenos Aires. According to the government, there is no financial support from London. The annual revenue from fees and taxes is around 100 million pounds (R$ 640 million) and expenses, around 90 million pounds (R$ 576 million).

In addition to Income Tax, a large part of the revenue comes from fishing licenses and fees charged on the sale of wool, an activity so important that the archipelago’s flag bears the design of a sheep —the current herd has 500,000 head.

Curry Brown says that the government has good financing capacity, which allows it to seek loans to finance a four-year investment plan, which provides for expansion of the port, improvement in waste disposal and modernization of the oil power generation plant.

Government and population even talk about independence, if Argentina gives up claiming sovereignty. “The British say they will support us until we want to be independent, but we are still too small for that”, says Spink.

“I’m going to die in a British territory because of Argentina”, completes Short, for whom the resumption of confidence in the neighboring country would take “at least two generations”, even after eventual withdrawal of the resumption claim.

The lack of relations with Buenos Aires prevents the island from studying a definitive solution for one of the main effects of isolation on the population’s daily life: internet connection, now via satellite. Tourists, for example, rely on access cards that cost between £5 (R$32) for an hour and £30 (R$192) for 24 hours of slow and intermittent services.

The inhabitants have difficulty accessing streaming services, such as Netflix, and use strategies such as downloading movies and series during the night, to watch during the day, or when traveling. For those who don’t have these possibilities, there is still an offer of DVDs and Blu Ray for rent —a service that is increasingly rare in the rest of the world.

The government even studied an optical cable connection with Brazil, but the investment is not justified given the small number of inhabitants. The closest point to the archipelago, in Argentina, is not even considered, both for diplomatic and security reasons.