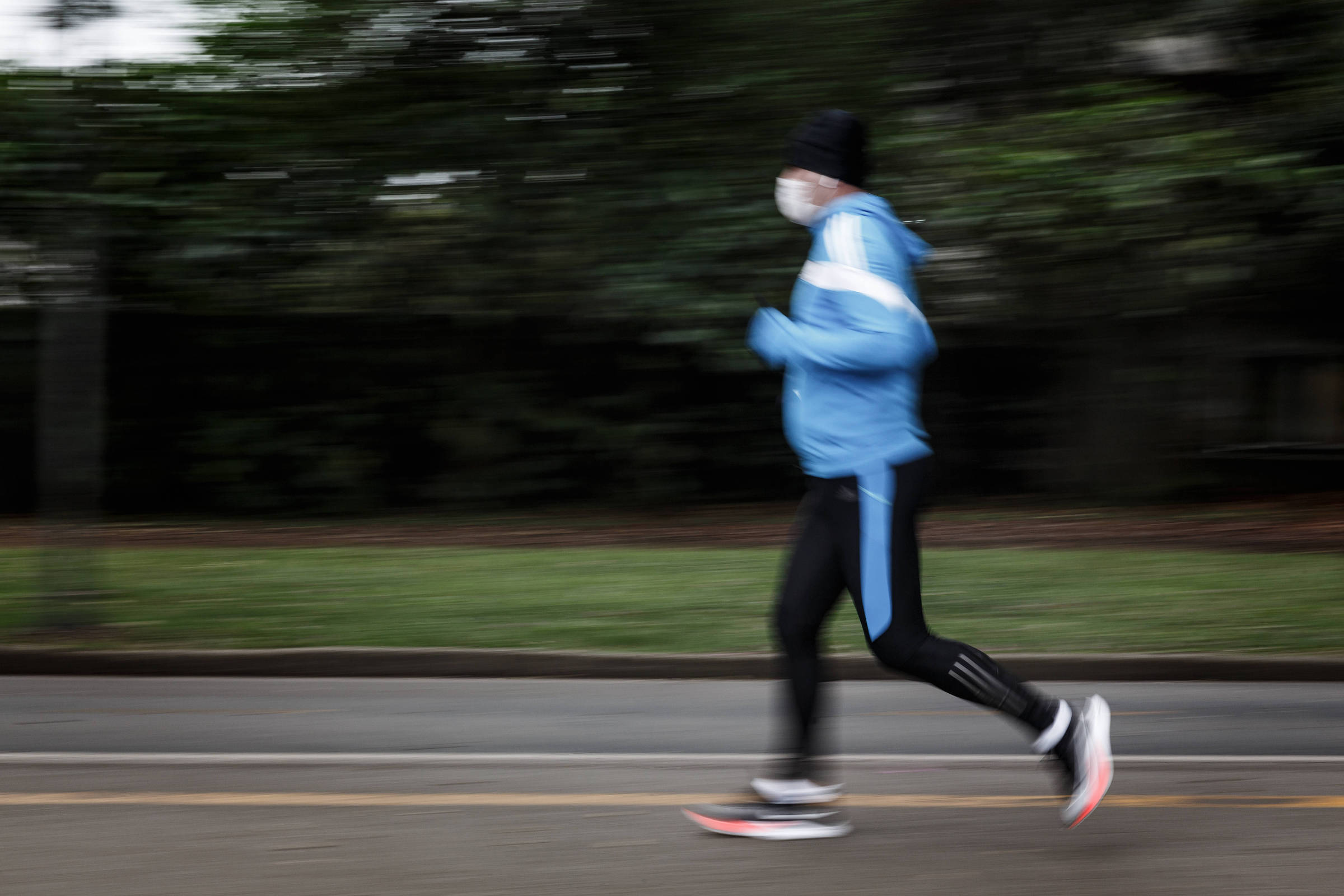 Why do we experience intestinal discomfort when exercising? Understand

For many runners, long or strenuous exercise can cause a range of digestive problems, such as stomach pain, nausea and diarrhea.

While bowel problems can happen during many endurance sports, experts say they can be especially intense for runners, and are thought to be caused, in part, by a lack of blood flow towards the gut. Some call it a runner’s gut, others refer to it as a runner’s belly, runner’s trot, or other names.

So what is it, exactly? And what can be done to avoid it?

During a run, when oxygen is supplied to skeletal muscles, “blood that should be flowing to the intestines actually goes to the muscles,” said Sam Wu, an exercise scientist at the Swinburne University of Technology in Melbourne, Australia.

This shunting of blood to the muscles can negatively affect digestion, as “you need a lot of blood flow to the gut when you’re digesting food,” said Lauren Borowski, a sports medicine physician at Langone Health at New York University.

The reduced blood flow associated with physical exertion can cause nausea, diarrhea, cramping, or the sudden urge to have a bowel movement, especially if you’re running on a full stomach, Borowski said.

These symptoms can be exacerbated if the person is dehydrated, which reduces the overall volume of blood flowing through the body, or if there are difficult-to-digest foods moving through the digestive tract, such as complex carbohydrates, fiber, or protein. Without enough blood to aid digestion, the body’s food will not be completely digested.

“Things that aren’t digested are just flowing through your intestines,” Wu said. “That’s why you have to run to the bathroom.”

For long, sustained resistance training, like a marathon, the shunting of blood away from the intestines can damage the thin layer of epithelial cells that line the organ and control what enters the bloodstream.

During a long run, a long-lasting lack of blood flow can cause these cells to break away from each other and split open, spilling their contents into the bloodstream.

The idea of ​​intestinal damage may seem troubling, but “for most people, this damage is transient,” said Kate Edwards, a doctoral student at the University of Tasmania who researches gastrointestinal symptoms in endurance athletes.

However, Wu noted, it’s likely that this intestinal damage could affect how nutrients are absorbed while running, leading to lower energy availability or causing general discomfort in the gut.

In a small study published in 2021, researchers in Britain found that runners who passed out during a marathon tended to have higher blood levels of a marker of intestinal damage than those who didn’t, suggesting that bowel problems may have contributed to the condition. collapse.

As Edwards and his colleagues demonstrated in another small study published last year, intestinal damage can be correlated with exercise intensity and is not race-specific.

When compared to runners, cyclists showed similar levels of damage when exercising at similar intensity levels, although they reported fewer general symptoms of discomfort in the region.

This damage mainly occurs during high-intensity exertion, Edwards said, when exercisers were exercising at 80% of their bodies’ VO2 max (a measure of the ability to absorb and use oxygen slightly linked to exertion), compared to when they were working out. at 60%.

“Anything below a moderate intensity is unlikely to have you much damage,” Edwards said.

Fortunately, there are ways to prevent runner’s gut, Borowski said. When running long distances, like training for a marathon, you need to eat enough to feed your body, but not so much that it causes intestinal problems, which is complex.

“What to eat and when to eat is really difficult when it comes to marathon training,” she said.

Training your gut for a long run can be just as important as training your legs. Practice what you eat and drink during your workout, and remember that a run will be more intense than most workouts.

Pay particular attention to how you feel during training runs done at sprint pace, rather than just during long, slow runs.

On race day, anxiety can also contribute to stomach problems, which is why Borowski advises not straining your gut and sticking with the usual foods you eat before your run rather than trying something different. It is also important to stay hydrated.

A recent study of 46 people concluded that compression stockings can also help. In the work, published in September in the Journal of Strength and Conditioning Research, researchers in Australia looked at the associations between wearing compression stockings and intestinal damage during a marathon.

Compression stockings, which apply pressure to the outer muscles of the legs, are known to improve circulation.

In the study, people who wore the socks during a marathon had lower levels of a blood marker for intestinal damage than those who didn’t. Wearing compression stockings may not eliminate runner’s gut, Wu said, but it’s a relatively simple action that can help minimize the effects.

“If we can improve blood flow and increase circulation to deeper parts of the body, we will be able to promote blood flow back to our digestive system,” said Wu, who was one of the study’s authors. “This can help decrease the amount of damage done to the gut during high-intensity exercise.”

Facebook
Twitter
Pinterest
WhatsApp
Previous article
Min. Defense: The islet with the immigrants in Evros is on Turkish territory
Next article
Biden: Upheaval in relations with Saudi Arabia after the reduction in oil production

Brazil records 41 deaths from Covid and more than 17,700 cases of the disease